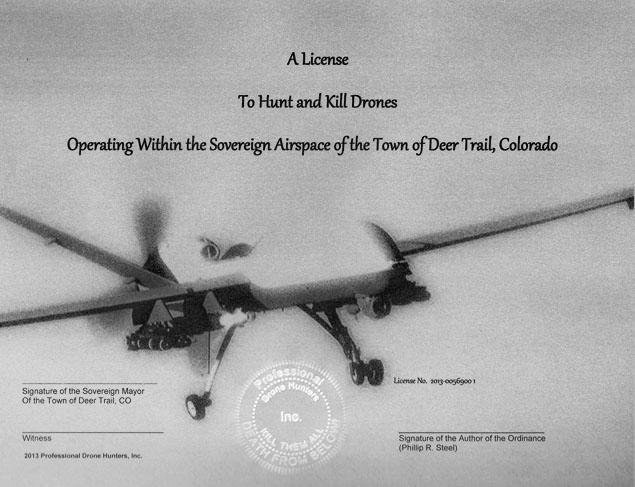 “Hunters in Colorado are lining up for a hot new license: $25 to shoot down a government drone over the village of Deer Trail. 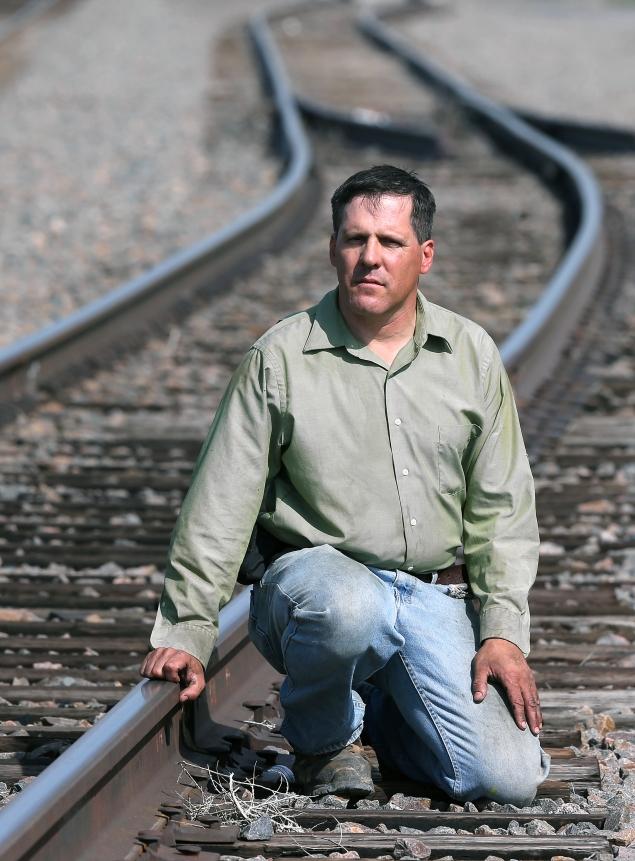 Phil Steel, the anti-surveillance activist who drafted the bill.

“Supporters acknowledge the licenses would be only symbolic, and a town election authorizing them is more than a month away. Still, about 1,000 people have applied for one.

“The scheme is part protest against government surveillance and part promotion to get Deer Trail some attention. It’s working, at least on the second point. The federal government issued a warning against shooting at drones.

“Deer Trail, Colo., has a population of just 500, but has seen 1,000 applicants for its proposed licenses to ‘hunt’ unmanned surveillance drones like this one. The novelty license promises a $100 ‘bounty’ to shooters who bring in debris from an unmanned aircraft ‘known to be owned or operated by the United States federal government.’”