High-speed pursuit ends in a fatal collision and shootout in Miami, Florida (VIDEO)

A high-speed pursuit ended in a violent collision and a shootout in Miami, Florida. 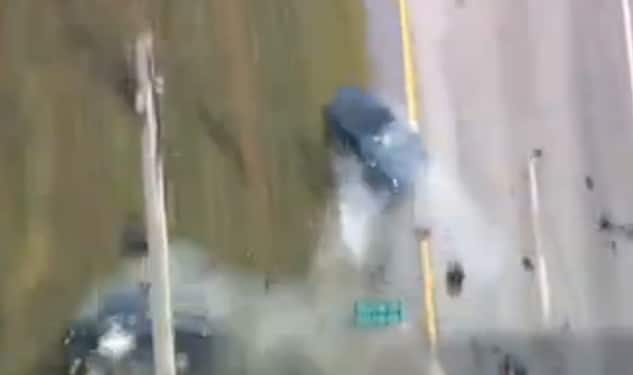 Feliu violently collided with Medina, ejecting her from the vehicle where she died shortly after.

The day began with bloodshed when Feliu fatally shot his estranged girlfriend, Martinez, then turned the gun on her daughter, Benitez.

Feliu’s reign of terror continued as he swerved through traffic, police relentlessly chasing him. Barreling towards an intersection along U.S. 27, Feliu slammed into another vehicle, killing the driver, Medina.

His car spun wildly into a field on the edge of the Everglades and after coming to a stop, Broward County deputies cautiously advanced towards the gunman.

Knowing Feliu was armed, one deputy raced into the open field and dragged Medina out of harm’s way, hoping she was still alive. 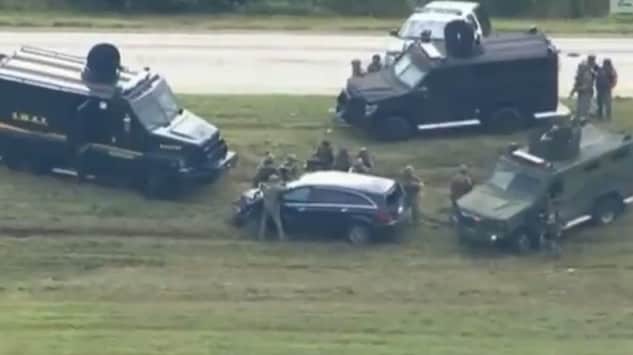 S.W.A.T. officers swarmed Feliu’s vehicle, only to find he had turned his gun on himself.

“He certainly put himself in danger to get her to safety, but unfortunately, she had already died,” Broward Sheriff Scott Israel said.

Feliu fired at least one shot at deputies, who quickly retreated to cover. After an hours long standoff, S.W.A.T. teams rushed the wrecked vehicle, only to find Feliu dead from a self-inflicted gunshot wound.

Homicide detectives are still putting together the pieces and trying to discover what led to Feliu’s murderous rampage.

Records show that Feliu had several traffic infractions and a 2009 arrest for drunken driving. However, there was not history of violence or domestic problems, according to Miami-Dade police.