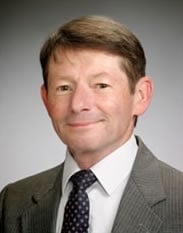 Mayor John Inks, who despite the slight resemblance, is not related to French Film Director Roman Polanski.

In an email response to one of his constituents, a resident by the name of John Wolf who strongly supports the coalition and the over 1,000 Mayors that belong to it, Inks explained his reason for not becoming a member, arguing that MAIG’s positions are “fundamentally anti-gun.”

“MAIG principles are silent on legal gun rights such as ownership and are fundamentally anti-gun. Like MAIG, gun owners are generally wholly law abiding and already against gun crimes. I’m not joining the MAIG coalition.”

In a separate email response, Inks, who leans Libertarian, told Wolf that he back “gun rights, firearms safety and education advocacy.”

He also posed a question to Wolf: “What’s the difference between being against illegal guns and other illegal activities or crimes? What meaning would ‘Mayors Against Illegal Crimes’ have?”

Wolf replied back to Inks, touting the merits of an expanded background check measure that would require criminal background checks for gun purchases made over the Internet or at gun shows.

“The key distinction is between being against illegal guns and being against all guns,” said Wolf.  “The 74 percent of NRA members who support expanding background checks for gun purchases agree that this policy would not infringe on their legal gun rights.”

“I believe that standing against illegal guns is important because of the 30,000 gun deaths every year in this country,” Wolf added.

Inks didn’t respond.  And one can argue he doesn’t have to.  MAIG is anti-gun.  One of their core principles is to “keep lethal, military-style weapons and high capacity ammunition magazines off our streets,” which is tantamount to saying MAIG supports a broad federal ban on these firearms and firearm-related accessories.  In other words, it doesn’t believe law-abiding gun owners should be allowed to possess them.

Mayor Inks isn’t the only politician who has seen MAIG for what it is.  In the past few months, other mayors have either left the group, criticized it or refused to join.

In August, Brian Maher, Mayor of Walden, New York, wrote a blog post about how MAIG duped him into joining, used his name on “anti-gun propaganda without his permission” and then attempted to pay him off once he voiced his displeasure with MAIG’s aggressive pro-gun control activism.

“The organization never asked for permission or asked for approval to use my name to promote their agenda,” wrote Maher.  “Never was any information disclosed to me about the organization being in favor of gun control or that they would use my position as Mayor to spend millions of dollars to try to take away the rights of legal gun owners.”

“I, like several other Mayors around the country were defrauded by Bloomberg and MAIG,” Maher added.

Lawrence Morrissey, the mayor of Rockford, Illinois, terminated his membership back in June for similar reasons.

“I’ve dropped out of a group called Mayors Against Illegal Guns (MAIG),” Morrissey announced to a crowd of about 200 people at a local Tea Party rally on June 22. “The reason why I joined the group in the first place is because I took the name for what it said. Against ‘Illegal’ guns.”

Morrissey went on to note that bans on so-called ‘assault weapons’ and ‘high-capacity’ magazines and laws that target responsible gun owners should not be the focus of lawmakers and politicians.

“As the original mission swayed, that’s when I decided that it was no longer in line with my beliefs. … So that’s why I dropped out,” Morrissey explained. “The focus should not be against law-abiding citizens. We should be focusing our enforcement on folks who have no right to carry a gun, concealed or otherwise.

Likewise, Mayor Donnalee Lozeau of Nashua, New Hampshire, withdrew her support from the group after it spent hundreds of thousands of dollars running attack ads on Sen. Kelly Ayotte (R-NH).

MAIG accused Ayotte of flip-flopping on the issue, that she once supported universal background checks but then had a change of heart.

“I said, ‘Wait a minute. I don’t want to be part of something like that,’” Lozeau told The Manchester Union Leader. “I told them, ‘You’re Mayors Against Illegal Guns; you’re not mayors for gun control.’”

Every Mayor that takes a stand against MAIG should be applauded.  So, here’s to Mayor Inks, Mayor Maher, Mayor Morrissey and Mayor Lozeau for standing up for gun owners and gun rights.  If your mayor is a part of MAIG, you should consider contacting him/her.  Tell him/her how you feel and ask them if they really know what MAIG stand for.