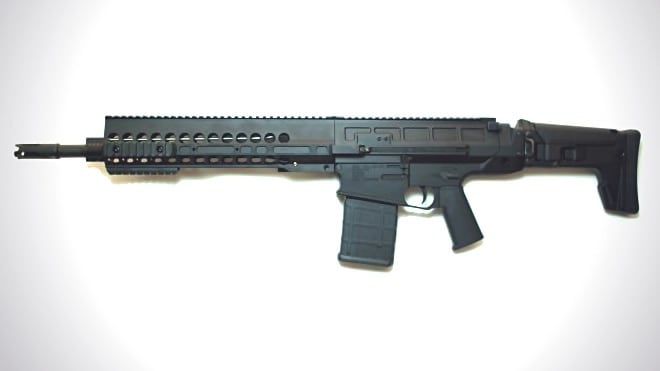 The Paratus may not be a common name in the world of tactical firearms but then again, it’s no common rifle. A compact .308 semi-automatic rifle, the Paratus is a “suitcase gun” and can be broken down into its main components and packed away in seconds.

Originally designed for covert military operations, the Paratus is a terrific option for anyone looking to be able to move about discreetly with a rifle wherever they travel.

While it looks and function like an AR-10, there are several key mechanical changes to the Paratus that make it a wholly new rifle that happens to use AR-10 parts and accessories.

“We developed [the Paratus] in 7.62 NATO/.308 caliber, and the AR platform, being so popular, led us to stay with a direct gas operated system,” explained DRD Tactical when the Paratus was first launched. “There are two utility patent applications filed, one on the internal recoil system and the other on the quick-takedown barrel design. The internal recoil system eliminates the buffer tube, spring and buffer from a traditional AR15 design, hence allowing it to have a folding stock.”

The Gen 2 Paratus uses the same fast, tool-free take-down system and folding stock as the Gen 1 Paratus, as is apparent from the added space in the upper receiver for the recoil assembly, but it does have several key updates that make it a bit more appealing in other ways.

It also comes in a longer-barreled configuration, which makes a difference when you’re shooting .308 Winchester. It still is available with its original-length 16-inch barrel but is now offered with an 18-inch barrel as well. Gone is the Paratus SBR with its 12-inch barrel; there must not have been much demand for a .308 riflecut down that far.

The 1-in-12 barrels are hammer-forged barrels manufactured by FN and parkerized. The new design dumps the nickel-boron finish, opting for a standard black hard-anodized finish except where it counts: the bolt carrier group.

Other changes include an extended 13-inch rail (that does not cover the low-profile gas block for some reason — although that was also the case for the original Paratus so it must not be an issue), a folding charging handle and additional quick-detach sling mounting points on both sides of the rifle.

The final touch is a new flash hider which appears to be a proprietary design as well. The Paratus Gen 2 is designed to run suppressed or unsupressed, with a recoil system tuned for both modes of operation. It doesn’t require the addition of an adjustable gas block.

While not changes to the rifle itself, the second-gen Paratus comes in a redesigned case that has added cutouts for accessories including four magazines and space for a suppressor.

One thing hasn’t changed: the price. Of course something this tactical is going to be up there, and it is. One Paratus runs $6,000. 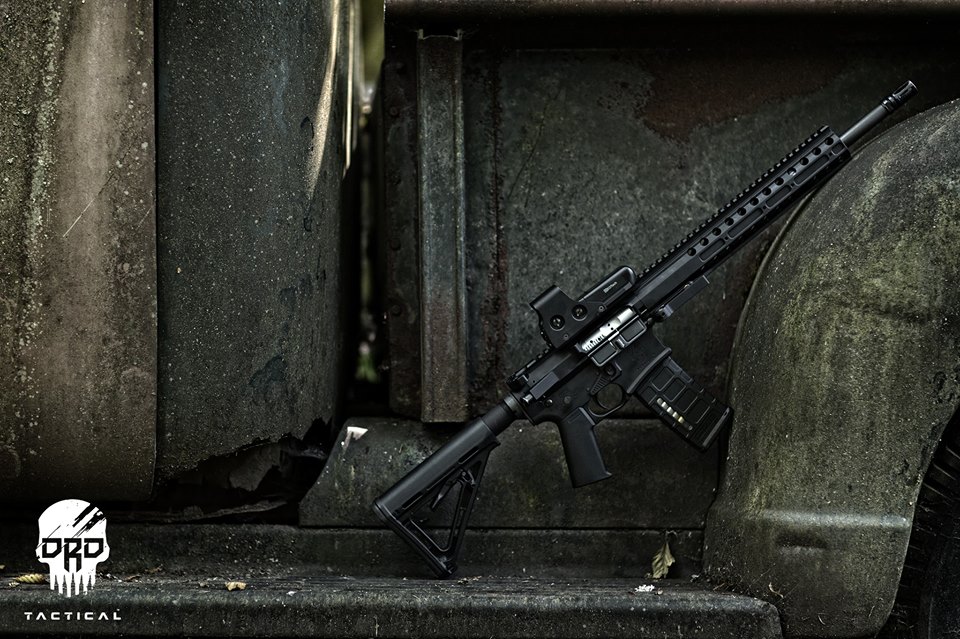 Fortunately, the Paratus isn’t the only rifle DRD Tactical offers. If you’re dying to own a sweet suitcase gun of your own but don’t want to pony up six grand check out their AR-15s.

DRD Tactical has two models of AR-15, the CDR-15-556 chambered for 5.56 NATO and the CDR-15-300BLK chambered for 300 AAC Blackout. Both use the same barrel take-down system as the Paratus. They differ in that they use a conventional buffer tube recoil assembly, which for some is probably an improvement. There are ways of getting an AR stock to fold in any case.

The good news is that DRD’s AR-15s cost almost a third of what a Paratus does. Both have stickers of $2,091. That’s not a small number but it’s not out of the question for many people or for that matter, law enforcement agencies who need to be clandestine with their officers.

For more information, head over to the DRD Tactical website.