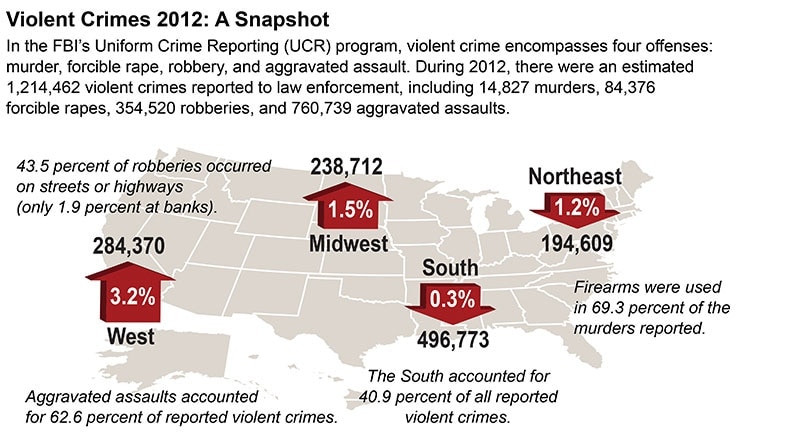 A snapshot of violent crimes in 2012.

The FBI published a study this week detailing statistics of crime that occurred across the country last year. The study revealed that Chicago is now the nation’s murder capital, bumping New York City down to second.

In 2012 there were 500 murders in the Windy City, up from 431 the previous year. New York City fell to 419 last year, compared with 515 in the prior year. Yet at 500 homicides, that’s the highest number in Chicago since 2008, according to the Chicago Police Department’s website.

And the majority of those homicides – both in and out of Chicago – were carried out with the use of a firearm.

Although the report does warn of the complexities involved in violent crimes and the “the numerous variables that mold crime in a particular town, city, county, state, tribal area, or region.” In other words, it’s not as easy as simply comparing numbers and stating the cities with the highest rates are the ones that are the most dangerous. 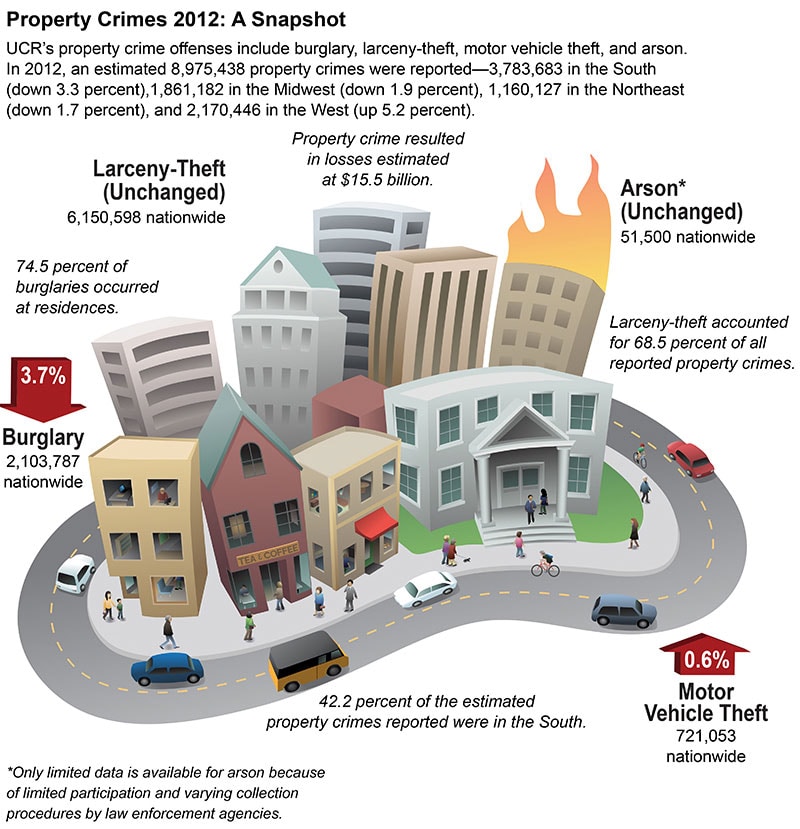 A snapshot of property crimes in 2012.

In fact, there were a dozen other cities in the nation that, statistically speaking, are more dangerous than Chicago, as they have higher murder rates per capita, even though many of them are a fraction of the size of the Windy City.

According to the FBI data, other cities that have had fewer murders than Chicago in 2012, but nonetheless have higher homicide rates per capita include New Orleans, St. Louis, Baltimore, Newark, Oakland, Stockton, Kansas City, Philadelphia, Cleveland, Memphis and Atlanta.

Nationwide there were more than a million violent crimes reported, which include not only homicide, but forcible rape and aggravated assault. But perhaps even more disturbing than the staggering number of violent crimes, is just how many go unsolved, particularly murders. In fact, the arrest rate for murder and non-negligent manslaughter is lower than any other crime, including non-violent crimes. 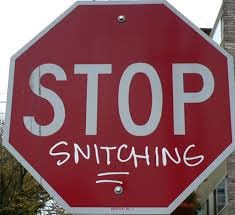 For more info on the “Stop snitchin” movement in urban neighborhoods, check HBO’s The Wire.

That points to a much bigger problem.

One such problem is the “Stop Snitchin’” movement, which originally started in 2004 in Baltimore and has since spread like an ugly virus throughout other cities in the country. With constant fear of retaliation, friends, family members, neighbors and witnesses refuse to cooperate with the police to help them solve a homicide and fully prosecute those responsible, even when the victim is just a child who was innocently playing in a park with friends while his mother stood nearby.

And as long as those people refuse to help seek justice for the victims, among numerous other factors, the body count will only continue to rise – in Chicago and every other city in the nation.