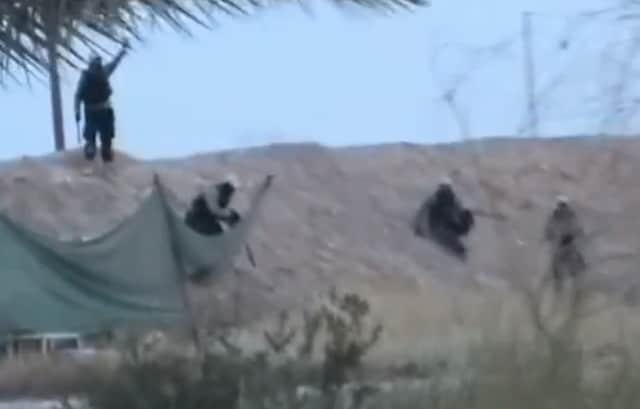 The macabre assault on Camp Ashraf started at 5 a.m. and waned into the late afternoon. Iraqi troops bound the dissident’s hands behind their backs and shot them in the head, a camp resident said who wishes to remain anonymous for fear of his safety.

One camp resident caught the beginning of the attack on film as the Iraqi troops approach and crest a hill leading into the camp.

Another resident filmed during the last moments of his life, capturing the Iraqi soldiers as they advanced towards him.

While Iraqi officials acknowledged the deaths, they absolved themselves of blame by pointing a finger at infighting among the camp’s 100 residents. The U.S. Embassy in Iraq, on the other hand, outright condemned the “terrible events” at Camp Ashraf.

The U.N. has also condemned the attack, calling upon the Iraqi government to investigate the incident and figure out who was responsible. 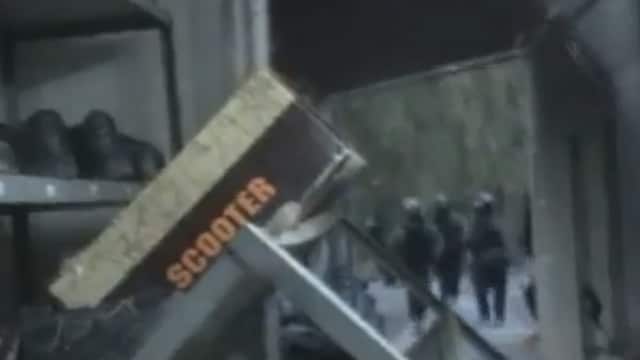 One camp resident filmed during the last moments of his life.

“The priority for the Iraqi government is to provide immediate medical assistance to the injured and to ensure their security and safety against any violence from any side,” said Gyorgy Busztin, the deputy special representative of the U.N. secretary-general for Iraq.

Busztin added that under its humanitarian mandate, the U.N. Assistance Mission in Iraq “is closely following up on developments on the ground, and is using all possible means to conduct its own assessment of the situation.”

This isn’t the first time Camp Ashraf has been the target of Iraqi forces. In July 2009, at least nine dissidents were killed in an Iraqi army raid, and in April 2011, 34 were killed in a large-scale attack.