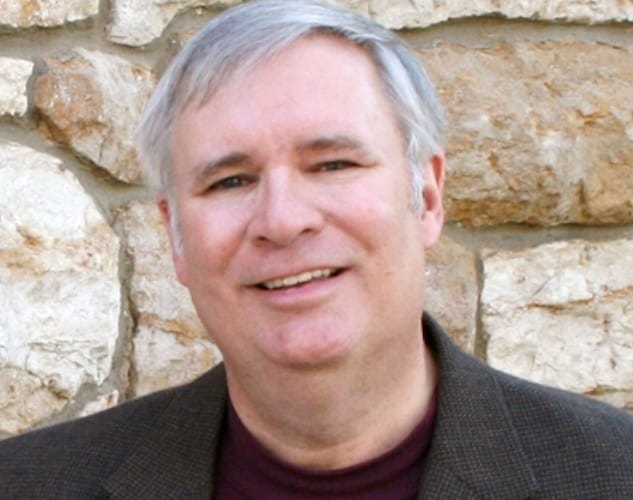 University of Kansas professor of Journalism, David Guth, called for the murder of NRA member’s children.

A professor at the University of Kansas sent out an inflammatory tweet on Monday, suggesting he would like to see the murder of NRA member’s children.

#NavyYardShooting The blood is on the hands of the #NRA. Next time, let it be YOUR sons and daughters. Shame on you. May God damn you.

According to Campus Reform, KU associate professor of Journalism, David Guth, confirmed he sent the callous tweet, but he isn’t sorry about it.

Twitter users took offense to Guth’s offhand remark, saying it was shameful to call for the death of children. But he had a tweet for that too.

Unsatisfied with spreading his ideals only on Twitter, Guth took to his personal blog, Snapping Turtle, where he echoed his sentiments.

“I don’t wish what happened today on anyone,” he wrote. “But if it does happen again – and it likely will – may it happen to those misguided miscreants who suggest that today’s death toll at the Navy Yard would have been lower if the employees there were allowed to pack heat.”

In an interview with Campus Reform, Guth declared he wished “a pox on our Congress and a pox on the NRA” for not instituting gun control policies to prevent mass shootings.

“It absolutely appalls me,” Guth said. “That after Newton, we could not have come to some kind of sane agreement on something as simple as the number of bullets in a magazine or the availability of assault weapons.”

Though, according to the FBI, an AR-15 was not used during the commission of the Navy Yard shooting.

After Guth’s tweet, KU issued a statement on their website saying while they support freedom of speech, they don’t support Guth’s views.

“While the First Amendment allows anyone to express an opinion, that privilege is not absolute and must be balanced with the rights of others. That’s vital to civil discourse. Professor Guth’s views do not represent our school and we do no advocate violence directed against any group or individuals,” wrote Ann Brill, dean of the William Allen White School of Journalism and Mass Communications.

Guth’s comments came the same day as the Navy Yard massacre in Washington, D.C., a shooting which resulted in 13 people dead and eight wounded.