Lewis Machine and Tool to relocate out of Illinois 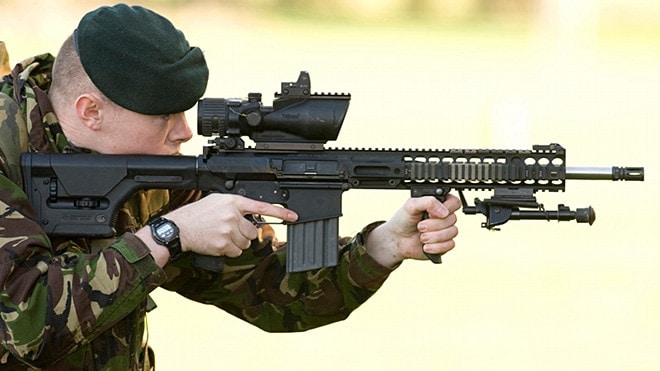 LMT, the Lewis Machine and Tool Company, is saying goodbye to Illinois. The high-end gun maker is planning to move to Davenport, Iowa.

“I would hope, if everything lines up as it should, that sometime in 2014 we’ll make the formal move,” said Karl Lewis, LMT’s founder, to the Quad-Cities Dispatch. “The sooner, the better.”

Lewis Machine and Tool is currently located in Milan, Ill., which is a couple of miles away just across the Mississippi river from Davenport. They will be taking all 170 jobs with them to Iowa.

The company plans to build a new 60,000-square-foot plant in Davenport, which has already been unanimously approved by the city’s zoning commission.

Back in 2007, LMT suspended plans to expand in Illinois due to proposed changes to the state’s gun laws. Lewis says the move is in part to increase their square footage. LMT’s currently operating between two buildings with a combined 36,000 square feet.

“We just don’t have enough room to expand at our current location,” said Lewis.

Speaking on behalf of both Milan and LMT, mayor Duane Dawson said, “As I understand it, they need more space, and there is also a concern with the Illinois gun laws. There’s only so much we can do with where they are.”

The move is currently in its very first, basic steps. LMT has yet to find a location in Davenport to move to. And the decision still needs to clear the Davenport City Council and Iowa Economic Development Authority.

At the same time, LMT is fielding offers from other states.

“We’re balancing whether the distance of going for all of their benefits is worth leaving behind the people that made up our company over the past 33 years. That’s a pretty heavy decision.”

LMT specializes in AR-type rifles and accessories and are used around the world by law enforcement and military shooters in addition to their many dedicated private customers. Notably, their L129A1, an AR-10-type rifle based on their LM308MWS, is in service with the British armed forces as a designated marksman’s rifle. LMT and their rifles were put into the spotlight during the 2012 Olympics for their role with the Royal Air Force snipers providing event security.

The move is one of many following changes in many states’ gun control laws. Firearms manufacturers all around the U.S. are pulling up stakes in protest of new anti-gun laws, taking their taxes and their business elsewhere.