As he entered the death chamber, 30-year-old Robert Garza blew his family and friends a kiss goodbye, said he loved them, and within minutes, was snoring.

Garza was convicted of murdering four barmaids in a gun ambush, and 11 years after the fact entered into the death chamber, telling his family, “I know it’s hard for you. It’s not easy. This is a release. Y’all finally get to move on with your lives.”

After being strapped to a gurney and taking several deep breaths, Garza was given a lethal injection. 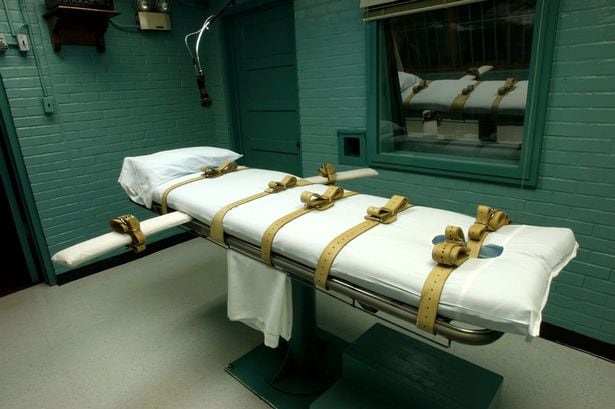 Robert Garza told his family goodbye, then began snoring as drugs pumped through his body.

As a child, Garza had joined the Rio Grande Valley gang, known as the Tri-City Bombers.

Garza and three others were ordered to assassinate a barmaid in Donna, Texas, in 2002, after her evidence in another case lead to the jailing of their boss.

Garza and the gang had followed six women as they drove to their shared home, firing 60 bullets and killing four of them. The intended target had stayed behind to close the bar.

While Garza claimed he was there, he said he never pulled the trigger. The evidence, however, showed he was the one in charge and according to prosecutors, was “in all likelihood… a shooter.”