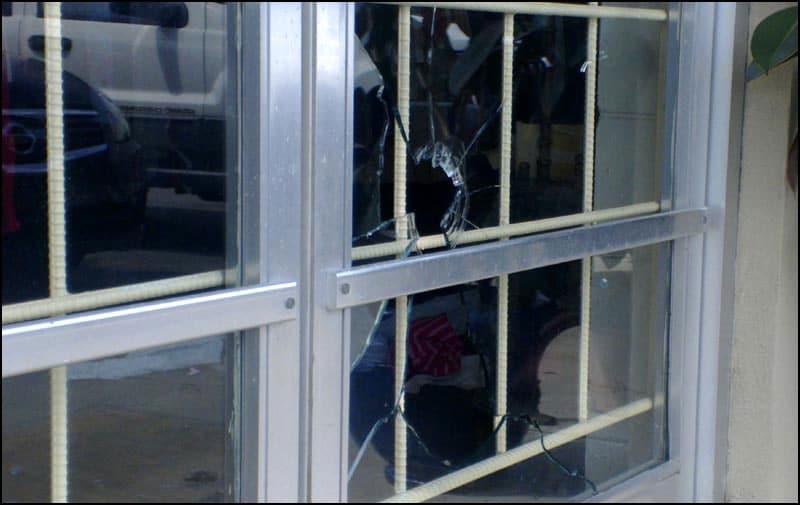 A broken window with a large bullet hole remains from the robbery earlier this week. (Photo credit: WALB)

An armed robber’s plan to grab some quick cash and run from the Funny Fruit Thrift Store in Tifton, Georgia was foiled by an armed clerk who shot and killed the suspect, according to local reports.

The clerk, 20-year-old Zach Perez, told police that the attempted robbery happened sometime between 7:30 and 8 o’clock Thursday night. The suspect, later identified as 35-year-old Bennie J. Hill, walked into the store, his face partially covered with a do-rag, holding what appeared to be handgun wrapped up in cloth.

Hill approached Perez, who was near the back of the store, and demanded money from him. And although Hill got a handful of cash, he also got a gutful of bullets when Perez pulled his pistol and shot him several times.

Hill ran out of the store, where the sound of “spinning tires” could immediately be heard coming from the parking lot.

A customer who was in the store at the time and witnessed the event unfold, confirmed that the incident occurred the way Perez described.

A few minutes later, just as officers were arriving at the shop, they received another called call about a car accident about five blocks away.

“I don’t know who actually determined that it was possibly the suspect,” Lt. Lee Dunston of the Tifton Police Department said. “But multiple officers with the police department and deputies with the Sheriff’s department responded to the accident scene and quickly were able to determine that it was in fact the suspect from the armed robbery.”

Hill was transported to a nearby hospital where he died a short time later.

“The assumption was that it had something to do with the gunshot wounds, but we’ve requested an autopsy,” Dunston said. 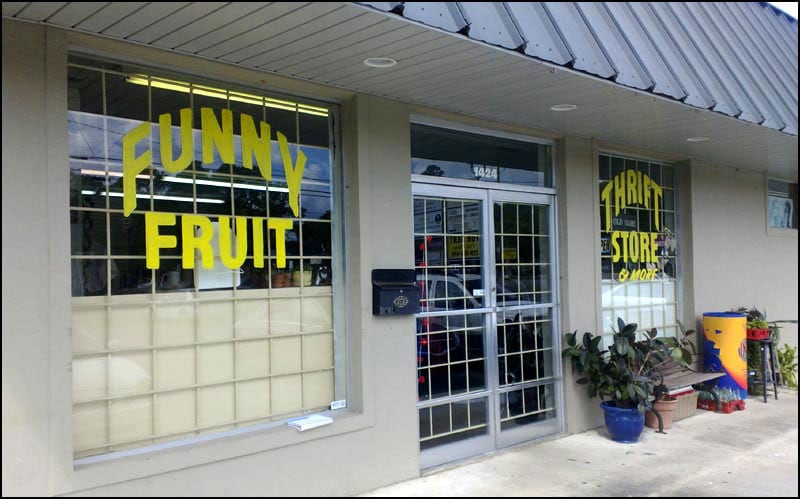 The store owner said she’s become frustrated with the recent increase in crime in the area, citing several robberies that have occurred over the last few months. But police say they’re working to keep crime down. (Photo credit: WALB)

Police did not say whether a firearm was found in Hill’s possession. However, they did state that had Hill survived, he would have been charged with armed robbery regardless of whether or not he actually had a gun, because while acting in a threatening manner, he pretended to have one.

No one else was injured during the robbery.

The investigation is ongoing and no charges are expected to be filed against Perez.