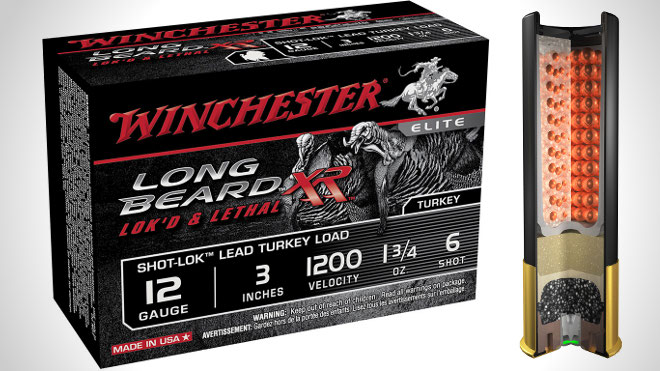 No turkey hunter wants to come home empty-handed because they weren’t able to get in close enough to a bird for a clean, ethical shot. And they can be tough birds to sneak up on, to boot. Winchester’s new Long Beard loads look like a promising way to extend the range of 12-gauge shotguns, and not by an insignificant distance.

With 40 to 45 yards long-held as the maximum effective range of common turkey loads, Long Beard XR loads’ tested effectiveness out to 60 represents a massive gain over standard and even specialized tungsten-based turkey loads. They’re lead-based, which means they’re less expensive, too.

How they get this accomplished is pretty impressive. After the cup is loaded with shot, Winchester fills the loaded cup with resin. The resin hardens and completely encapsulates the shot into a long shot puck.

When the shell is fired, the resin fractures, but holds the shot in a matrix that provides a buffer for the shot as it travels down the barrel in what is essentially a single puck. Once the payload leaves the barrel, the shot flies true to the target, shedding the resin particulate and the shot cup. By preventing the shot from knocking around itself as it is propelled in the barrel, it deforms less as well, which also contributes to its tight pattern. And because the shot retains its spherical shape better than with regular shot, it also has better ballistics, in the air and at the target, resulting in deeper penetration. 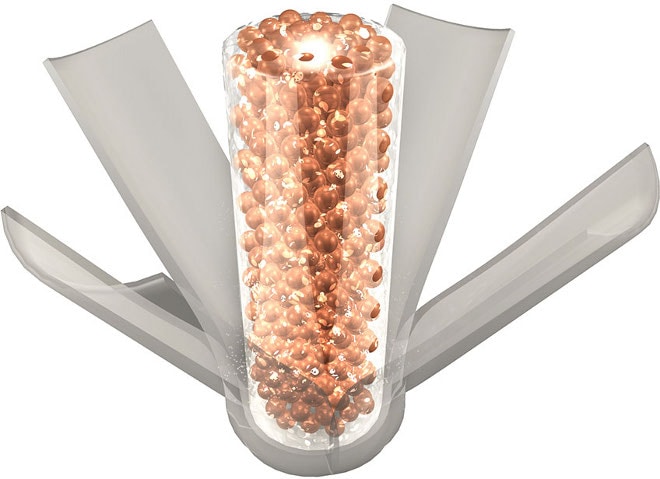 “Long Beard XR is the most innovative turkey load ever developed in the history of Winchester, and our engineers continue to raise the bar every year with new products across many categories,” said Brett Flaugher, Winchester Ammunition vice president, in a press release. “We are very excited to get this product in the hands of the millions of turkey hunters across North America … they will immediately recognize a difference in performance.”

It’s safe to say that this is a completely-new approach to loading shells, and has implications for non-turkey-hunting loads as well. However, with turkey season either underway or quickly approaching in most states, it’s a safe bet to roll out this new technology for the millions of hunters across the nation looking to extend their range and improve their chances.

And it’s worth repeating, this is with standard lead shot, not a more expensive material. Long Beard XR is a longer-range, harder-hitting yet cheaper turkey-hunting load. About the only drawback is that hunters are going to have to re-calibrate their guns and their senses to take advantage of this tight-shooting ammo.

Pedersen’s Hunting got an early hands-on with the new loads. Reviewer Ben O’Brien had this to say.

“As Winchester’s engineers say, aim diligently or use more open choke when hunting in situations where close encounters are probable. For the longer ranges, make sure you get comfortable with this load and test until you’re confident and proficient.

“Other than that, [Shot-Lok developer Brad Criner] and Winchester were right. This shotshell is revolutionary for hunters and bad news for long beards.”

Right now Winchester is using this tech to produce 3-inch and 3.5-inch 12-gauge shotgun loads using number 4, 5 and 6 shot. The shot is rated at 1,200 feet per second across the board.

Priced at around $20 per box of 10 shells, the ammo is decidedly premium but clearly more competitive than many other high-end specialized turkey-hunting loads.

The only question remains, when can we see this tech applied to other types of loads?