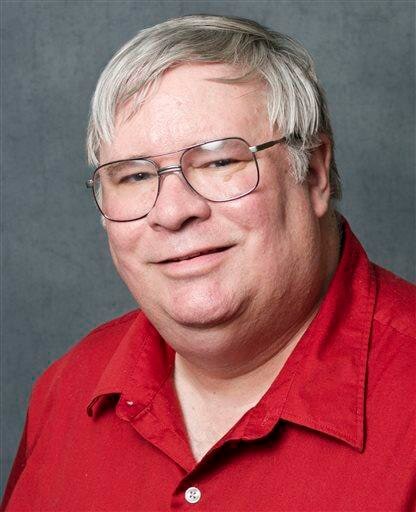 Professor David W. Guth expanded his thoughts on the Navy Yard shooting as well as the NRA in a brief posting on his blog, where you’ll also find tasteful photos and videos.

A University of Kansas professor was placed on indefinite administrative leave on Friday for his tweet blaming the National Rifle Association for the Washington Navy Yard shooting and wishing ill will towards members’ children.

“The blood is on the hands of the NRA. Next time, let it be YOUR sons and daughters. Shame on you. May God damn you,” David W. Guth, an associate professor of journalism, wrote on twitter on Monday after a gunman killed 12 people.

The comment went unnoticed by the national public until Thursday when the website Campus Reform called attention to it. The story quickly went viral via social media sites and was then picked up by larger media outlets. The bad press prompted school officials to release statements disassociating the university from the professor’s views.

University Chancellor Bernadette Gray-Little issued a statement on the school’s website explaining that Guth will be placed on indefinite administrative leave pending a review of the situation in order “to prevent disruptions to the learning environment for students.” Guth’s classes will be taught by other faculty members.

Even though Guth is now in hot water because of the inflammatory remark, he told the Associated Press that he doesn’t regret it.

He said the tweet “got a conversation going — that was exactly what I wanted to do.” And he agreed that the university’s action was appropriate in light of email threats he and others at the university had received.

“It is in the best interests and peace of mind of our students that I remove myself from the situation and let cooler heads prevail,” Guth wrote, according to the AP. “I know what I meant. Unfortunately, [solutions to gun violence] is a topic that generates more heat than light.”

When asked to respond to Guth’s tweet, NRA spokesman Andrew Arulanandam told the AP, “This is hate speech. It is disgusting and deplorable. It has no place in our society.”

Now Guth may have bitten off more than he can chew. The AP reported that Guth is now on a couple NRA-backed, Kansas lawmakers’ shitlists.

Kansas Senate Majority Leader Terry Bruce, R-Hutchinson, said that he was “appalled” by the tweet and called for the university to remove from Guth from the faculty.

Also, Rep. Brett Hildabrand, a Shawnee Republican, urged via Twitter that the university to take “appropriate action” against Guth.

What are your thoughts? Should Professor Guth lose his job because of his comment towards the NRA?