“Erase,” by artist Greg Bokor, is an interactive installation, soliciting the help of the audience to erase his pencil-drawn, 20 ft. long by 8 ft. tall sketch of an AR-15 after it’s been completed.

Sketching out the lines of the “very realistic AR-15 Bushmaster assault-rifle,” which are cast onto his canvas by an overhead projector, Bokor hopes to use his Kickstarter project to literally absolve the world of the AR-15 by thousands of people “symbolically making their gesture by erasing the image.”

Bokor plans to have a stack of 2000 erasers, stamped with the names of the 83 victims killed in the Columbine, Virgina Tech, Aurora, and Newtown shootings, placed next to the drawing so willing participants can erase a small portion of the image. 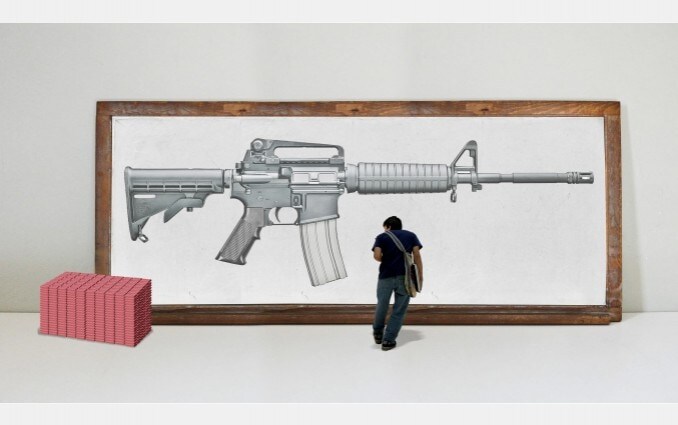 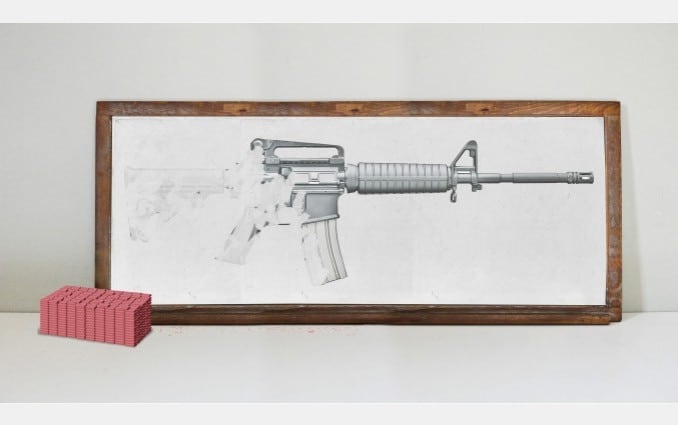 After the sketch is completed, Bokor will solicit the help of the audience to “erase” the AR-15. 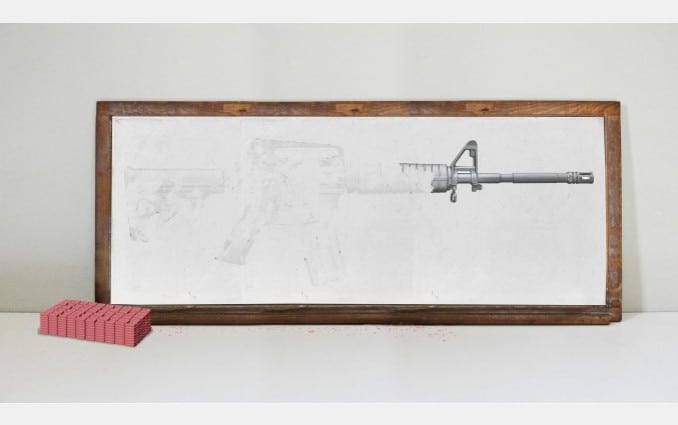 Thousands of erasers with the names of 83 victims of mass shootings will be placed beside the artwork. 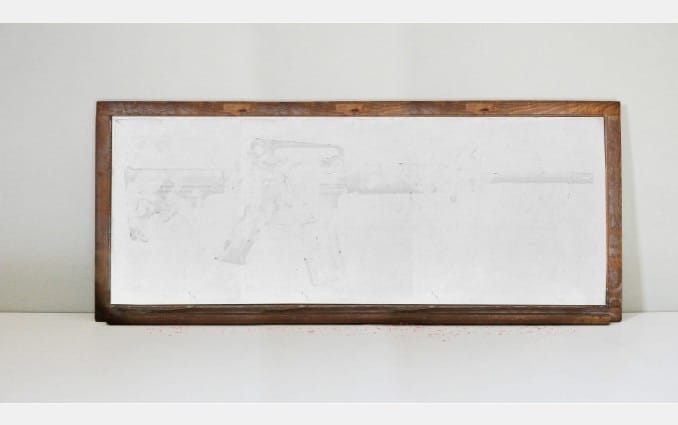 Bokor hopes that by symbolically erasing the picture of the AR-15, he can literally erase it from the world.

Bokor says he hopes to “prevent more violence or simply console and support the victims” through his work and is raising funds towards that end.

For a $10 donation, you can get a “hand stamped eraser with victims name.”

For a $25 donation, you can get a “vile of eraser dust from installation signed by artist.”

And for $100 donation you can get a “preliminary tissue drawing of a section of the gun signed by artist.”

While Bokor says he hopes to “get some victims’ relatives to be the first to erase,” and “may possibly need to offer airfare and travel accommodations for them,” he made no comment on how the donations will directly benefit the victims’ families, or what will happen with the remainder of the donated money once the artwork has been fully erased.

“What I hope to do is create something that will keep the conversation going, and it already has,” Bokor said. “…Your support will help me to continue donating my ideas and time to help stop gun violence.”