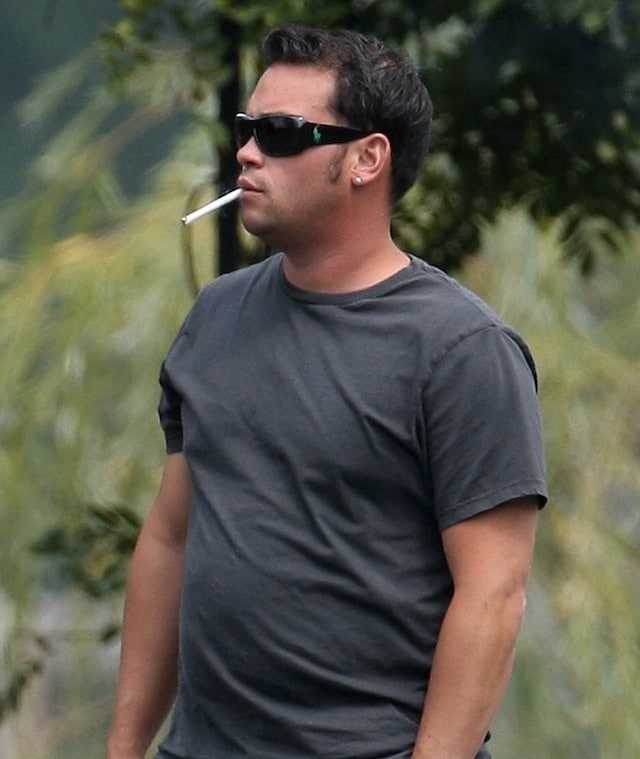 Jon Gosselin, seen here smoking a cancer stick and wearing safety super dark lens sunglasses, once had a reality show that focuses on him, his ex-wife and their eight kids.

When a female photographer trespassed onto his rural Beckersville, Pennsylvania property on Friday, Gosselin approached the girl, brandished his handgun and fired a warning shot into the air. He then followed the woman until she was off his property and back on the main road.

“I am licensed to carry a concealed handgun, which I withdrew and used to fire a warning shot away from the paparazzi,” 36-year-old Gosselin told TMZ. “It is well within my rights under Pennsylvania law when someone is trespassing on private property.”

While the photographer says she’s filing a police report, the Mohnton Police Department confirmed to E! News she declined to request police action be taken.

Regardless, Gosselin has no concerns, and may, in fact, consider his own possible legal recourse.

Police said they will not be investigating the incident. 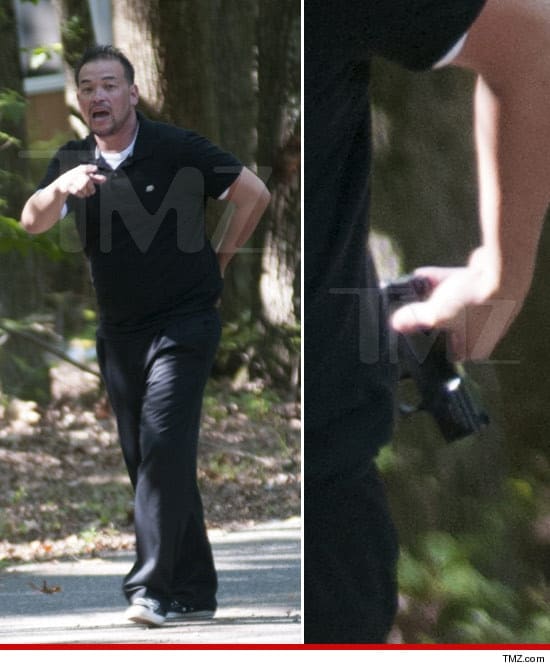