Love it or hate, this weapon lends itself very well to “beginner’s luck,” only it isn’t luck, it’s super advanced technology that allows completely inexperienced shooters to reliably make 1000 yard shots after a few minutes of training.

Guns.com recently had the opportunity to fire one of the long-range, laser-guided, robo-rifles known as the TrackingPoint rifle, and “the experience was surreal.” 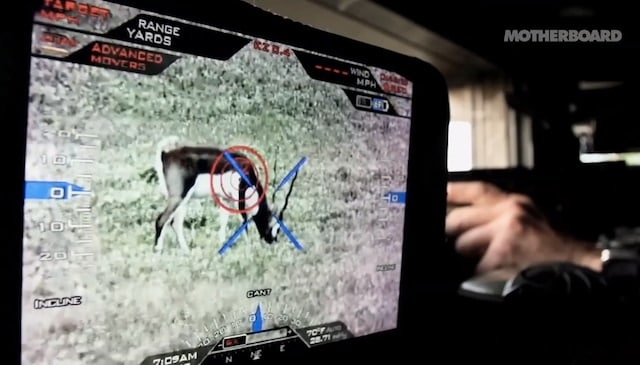 The TrackPoint rifle can turn novice shooters into expert marksmen.

The PGF’s close-loop system is based off fighter jet “lock and launch” technology, something TrackingPoint CEO, Jason Schauble, says will rocket the firearms industry into a great, new paradigm shift.

But with the skills required to make shots once left only to lifelong professional snipers, whittled down to a 10-minute orientation on the TrackingPoint system, critics are skeptical, saying the weapon marks the dawn of “skill-free killing.”

The rifle is currently limited to range of approximately 1,000 yards, but when TrackingPoint finishes their next-generation “precision guided rifle,” a McMillian .50-caliber, the effective range will be extended out to nearly 3,100 yards.