We’ve all heard of drones, but a new development from Boeing illustrates a little-known frontier of the unmanned F-16 fighter jet.

The development is an important one, as it affords fighter pilots the rare opportunity to engage an actual fighter jet with live weapons. 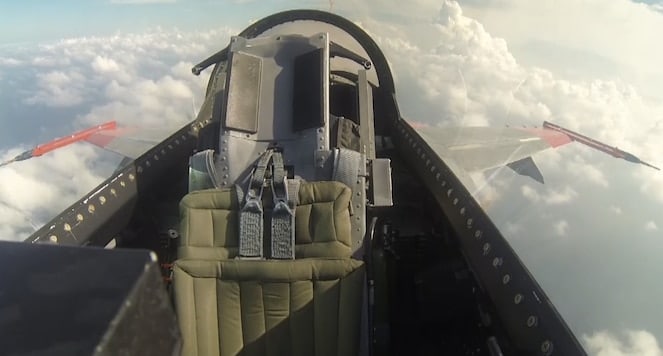 Unmanned, but still ready to fight, this F-16 drone poses a huge challenge to students.

It also could potentially pave the way for not just unmanned drones, but unmanned fighter jets, the next frontier in remotely piloted aircraft that could completely eliminate collateral damage in the skies.

A relatively obscure fact about fighter jets is the “g limiter,” or an electronic governor that dictates how quickly a jet can induce gravitational forces. Without a pilot, the droned F-16’s could instantaneously snap into a nine g maneuver that would otherwise render a human pilot unconscious, or worse, dead from a snapped spinal column.

This “advantage” of the drones will create an even tougher adversary for students, honing their already razor-sharp skills to a new, unparalleled level.