If you ever see an eagle circling overhead, take cover as it may be hunting you. In a display of incredible power and boldness, a golden eagle took down a Silka deer.

The images, captured by zoologists in a nature reserve in the remote Lazovsky region of southeast Russia, show the amazing bird of prey as it engages its target, digging its talons into the deer’s flesh and trying to drag it away. 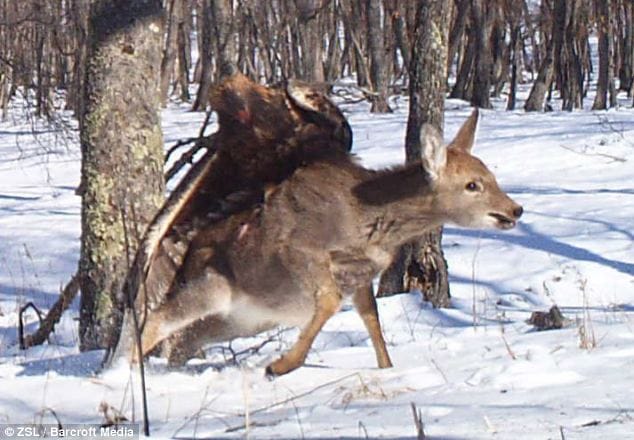 A golden eagle swoops down on prey several times its size and many times its weight. 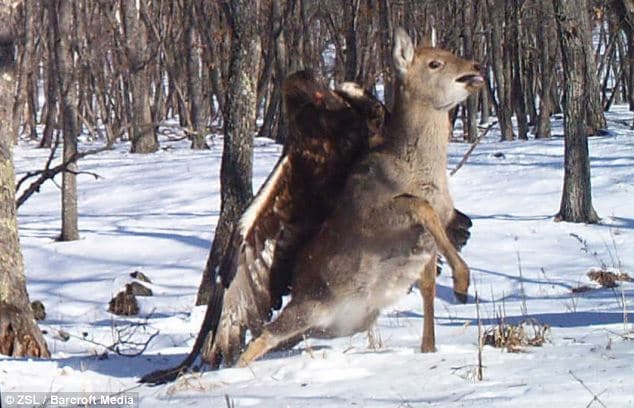 With razor sharp talons, the eagle attacks the silka deer. 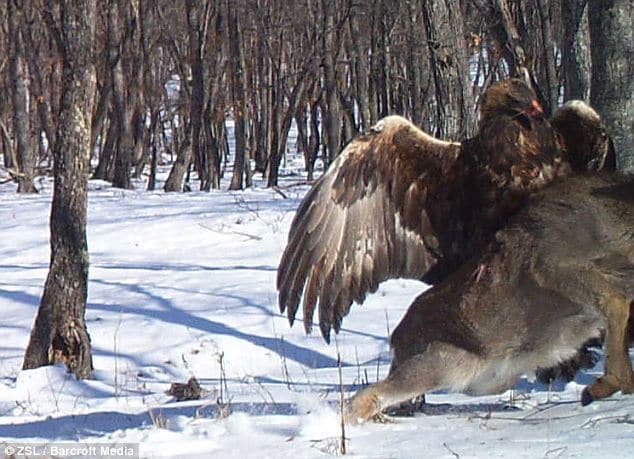 With a firm hold, the eagle tries to fly away with a nearly 300lb kill.

While the golden eagle is notorious for its audacious hunting style, having been seen attacking coyote and even a small bear, experts believe this to be the first recorded incident of an attack on a deer.

Linda Kerley of the Zoological Society of London, discovered the shots during a routine equipment check.

“It’s the first time I’ve seen anything like it. It’s rare for golden eagles to snatch up deer,” Kerley said. “I saw the deer carcass first as I approached the trap on a routine check to switch out memory cards and change batteries, but something felt wrong about it.”

“There were no large carnivore tracks in the snow, and it looked like the deer had been running and then just stopped and died.”

“It was only after we got back to camp that I checked the images from the camera and pieced everything together. I couldn’t believe what I was seeing. I’ve been assessing deer causes of death in Russia for 18 years, this is the first time I’ve seen anything like this,” Kerley said.

Golden eagles are on the most widespread and prevalent birds of prey in the world, living in areas of Europe, Asia and North America.

These winged hunters weigh approximately 12 pounds, have an 8-foot wingspan and can reach speeds in excess of 100 mph.

An adult Silka deer can weigh nearly 300 pounds, though the one pictured was not fully grown. 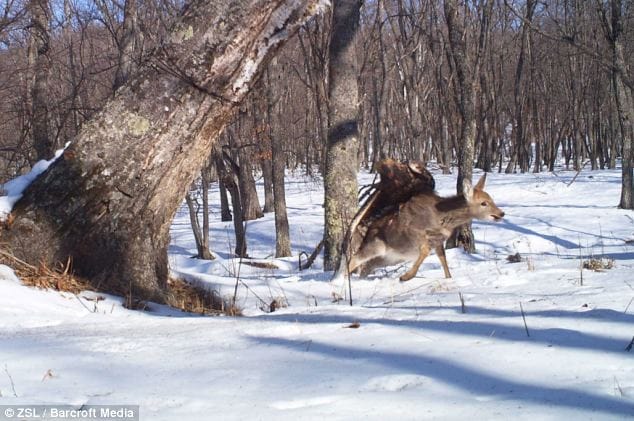 The images were taken after being set off by motion. 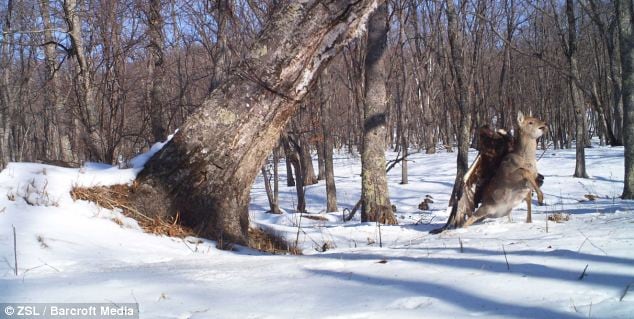 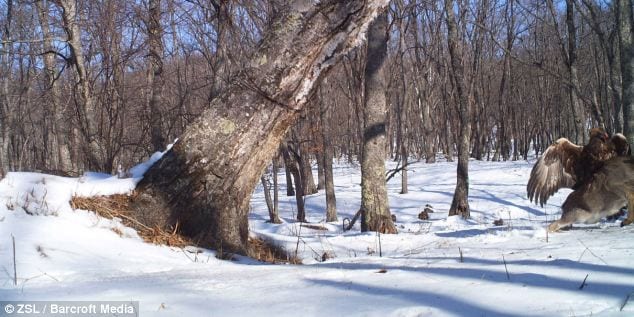 This is the first documented instance of an eagle hunting a deer. 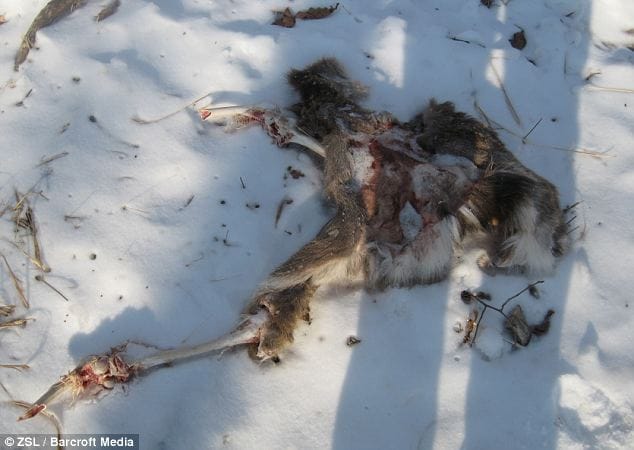 The remains of the deer were found several yards away from where the photos were taken. Don’t mess with Golden Eagles.

And just for fun, here’s this video.