First Lt. Ashley Sorensen ran a mile in the “hurt locker,” clocking in at 11 minutes and six seconds, clearing the previous record by more than two minutes. 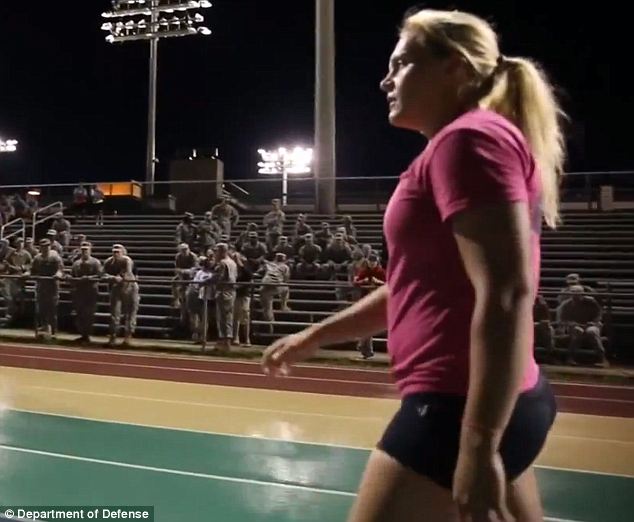 After stretching and warming up, Sorensen is ready. 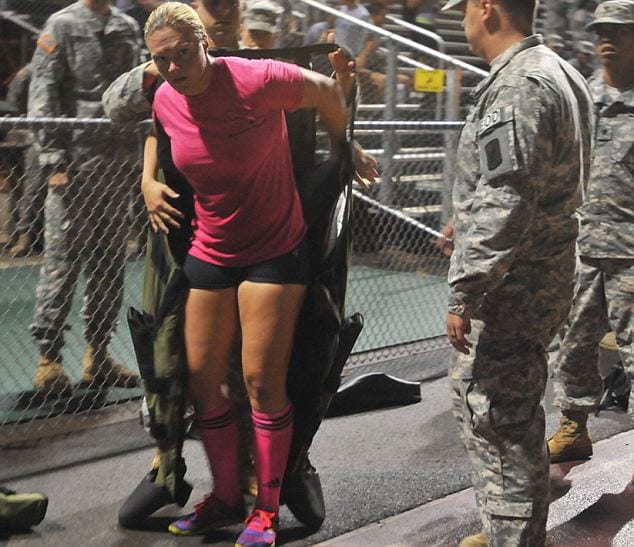 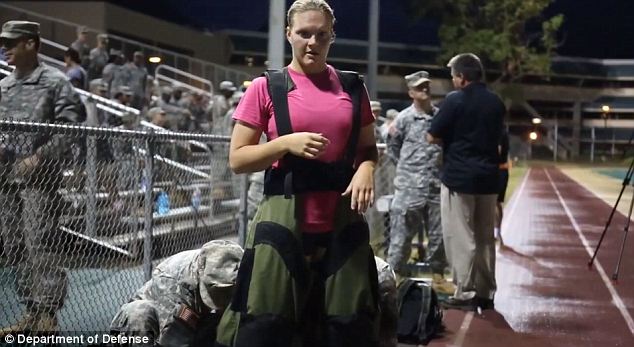 After 18 months of training, Sorensen is ready to put her strength and endurance to the test.

Sorensen trained for a year and a half to get her body in peak physical condition, but her strength and endurance goes far beyond her just setting records.

“Whenever EOD goes out in the bomb suits for a manual approach, it’s really important that we’re able to work and sweat in the suit and still be able to perform,” Sorensen said. “So making it a competition when we train helps with that. Running a mile like this is definitely challenging.”

Her months of training paid off on Monday as friends and colleagues gathered at the University of Hawaii-Manoa track to watch Sorensen make the attempt. 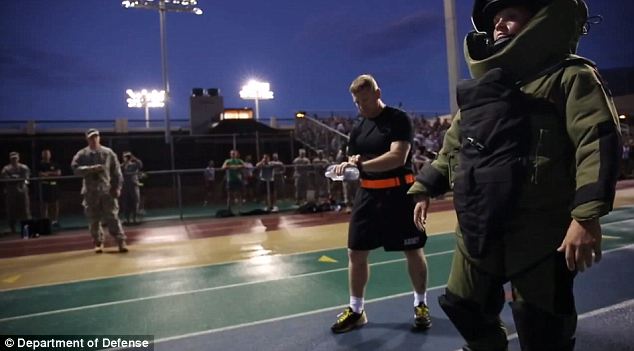 A pacer runs alongside Sorensen as she lugs the hefty suit around the track. 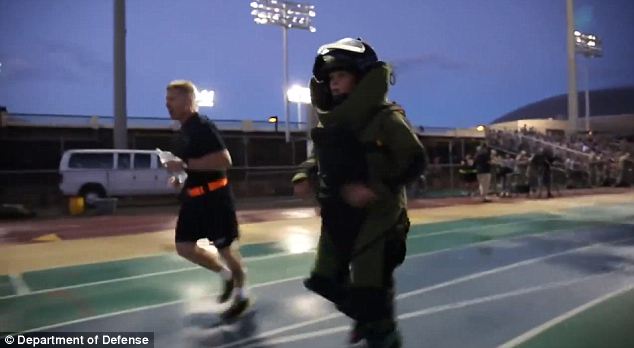 Sorensen likened the run to the last, grueling miles of a marathon. 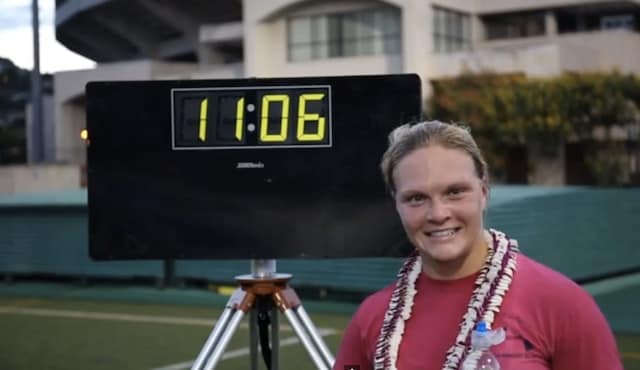 Clocking in at 11 minutes and six seconds, Sorensen cleared the previous record by more than two minutes.

After hauling the 75-pound bomb suit for a mile in the humid, Hawaii heat, Sorensen was more than eager to get out of the stifling garb. But she was even more excited to express her gratitude towards her supporters.

“We finally did it. It feels awesome and I really appreciate everybody coming out for it,” she said.

According to Hawaii News Now, Sorensen likened running a mile in bomb suit to the last, grueling miles of a full — 26.2 mile — marathon.