The FBI released chilling new video of the Washington Navy Yard shooter, Aaron Alexis, as he crept through the hallways with a Remington 870 shotgun.

The shooter was prepared to die and was under the delusional belief his mind was being controlled by extremely low-frequency electromagnetic waves when he shot and killed 12 people, FBI officials said at a press conference on Wednesday.

The shooter etched the words “End to the torment!” “Not what yall say!” “Better off this way!” and “My elf weapon!” onto the stock and barrel of his shotgun.

The video shows Alexis driving his rental car into the parking garage and entering the building with a backpack. After stopping in the men’s restroom, he exited without a backpack, but with his shotgun.

The video also shows Alexis creeping through the hallways of building #197 as he advances towards his first victims. 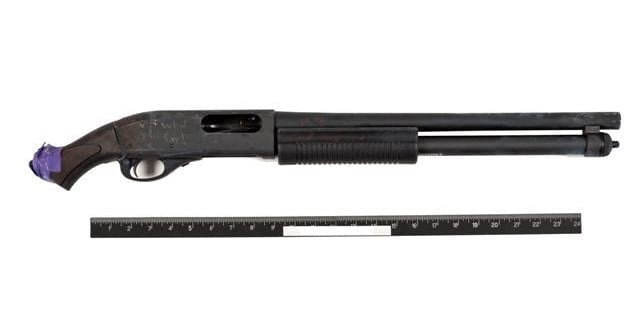 The barrel of the shotgun had been sawed off and there was purple tape wrapped around the stock.

The words “Not what yall say!” were etched on the shooter’s shotgun. 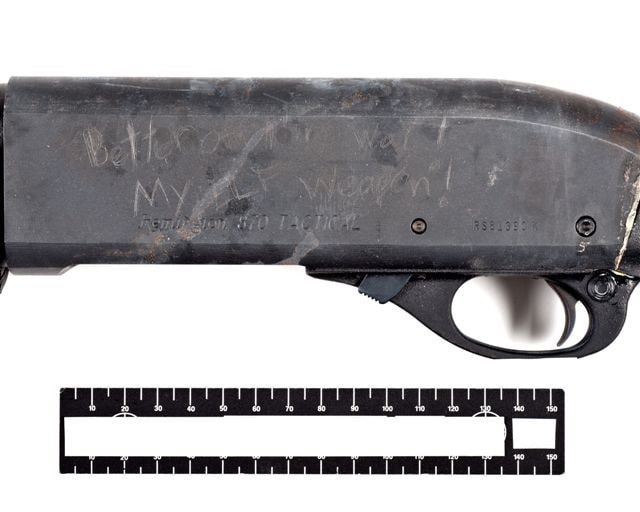 He also carved “Better off this way!” and “My elf weapon!” 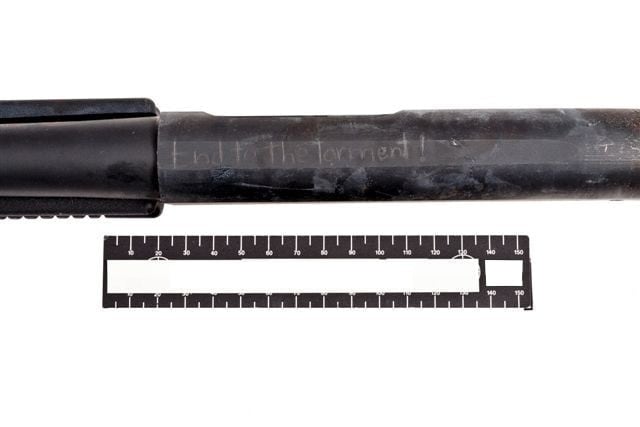 “End to the torment” could refer to the shooter’s delusions of being controlled by extremely low-frequency electromagnetic waves.