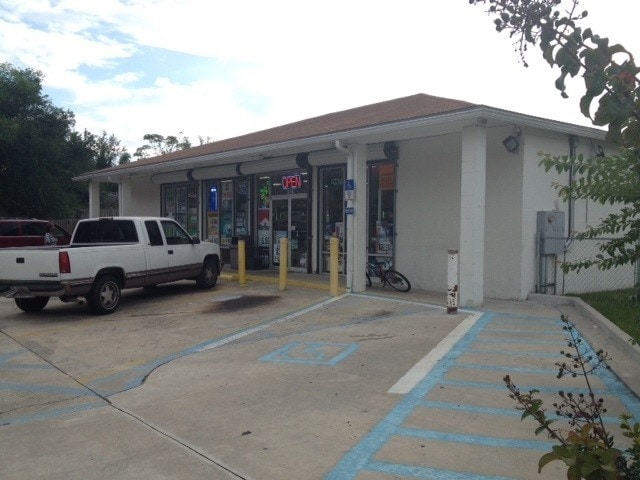 After being robbed earlier this year, a Jacksonville grocery store owner wasn’t about to lose his hard earned money to another robbery.

A would-be robber walked into Holiday Grocery with what appeared to be a gun and demanded money Sunday night. Instead, the owner kept his cool and simply instructed the suspect to drop his weapon, but when the man refused, the owner shot him in the chest, according to local reports.

It was about 9 p.m. when the suspect came into the corner store with his hands and face covered, carrying a bag over one of his hands, indicating that he had a gun pointed at the clerk from under the bag. As he jumped over the counter, he instructed the clerk to hand over the store’s money and the clerk, fearing for his life, did what he was told.

However, it was at that time that the store owner, who did not wish to be identified, came out from another room, pointed his own gun at the suspect and told him to drop his weapon. The suspect did not comply and attempted to run off. But according to Sgt. Rob Troxel of the Jacksonville Sheriff’s Office, before the suspect made it out the door, the store owner fired at him, striking him once in the chest.

When officers arrived a few minutes later after a nearby neighbor called to alert them of the situation, they found the suspect, whose name is not known at this time, collapsed about a block away from the store with money scattered all around him.

The suspect was transported to a local hospital where he was listed in serious but stable condition. His wounds are believed to be non-life threatening.

Police did not indicate the caliber size of the store owner’s gun and Troxel stated that they did not immediately recover a firearm or other weapon from the suspect.

And as for neighbors in the residential area near the store, they are calling the owner a hero.

“You’re not overjoyed that someone got hurt, but at the same token you’re pleased that someone would step up and was able to take care of his own property,” Phil Robinson, who lives across the street from the corner store and shops there almost daily, told reporters.

“We couldn’t even get into our home because the road was blocked off, the cops were right across the street here with us,” Robinson added.

David Carrero, who also lives nearby, said that he was shocked to hear what had happened.

“I heard it on the news and that the owner defended himself. That’s great. I mean I am happy for that, you know that’s how it should be,” he said. “He’s a good man, so I’m proud of him,” Carrero added.

David Painter, another loyal customer who has come to the store for years, told reporters that he supports the owner’s actions.

“We’re all trying to make it, you know. And then for somebody to just to come in and take it from us, after we work as hard as we do, as long as we have, to have what we got. I’m not letting anybody take mine. I’d shoot them in a heartbeat,” Painter said.

The store owner was robbed at gunpoint again in February of this year.

Police are investigating the possibility of Sunday night’s robbery being connected to seven others that occurred during a 30-hour period over the weekend.

No charges are expected to be filed against the store owner.