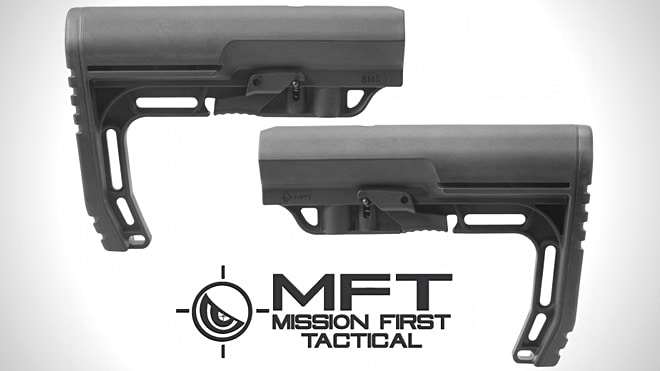 The Battlelink minimalist stock, or BMS, is the latest addition to the extended family of Battlelink modular stocks, which can be accessorized with adjustable cheek risers and even Garmin GPS mounts.

Although this stock lacks the GPS mount compatibility, it makes up for it with a lot of nothing. The near-skeletal stock uses just enough material to mount around a buffer tube and provide a surface to actually shoulder. 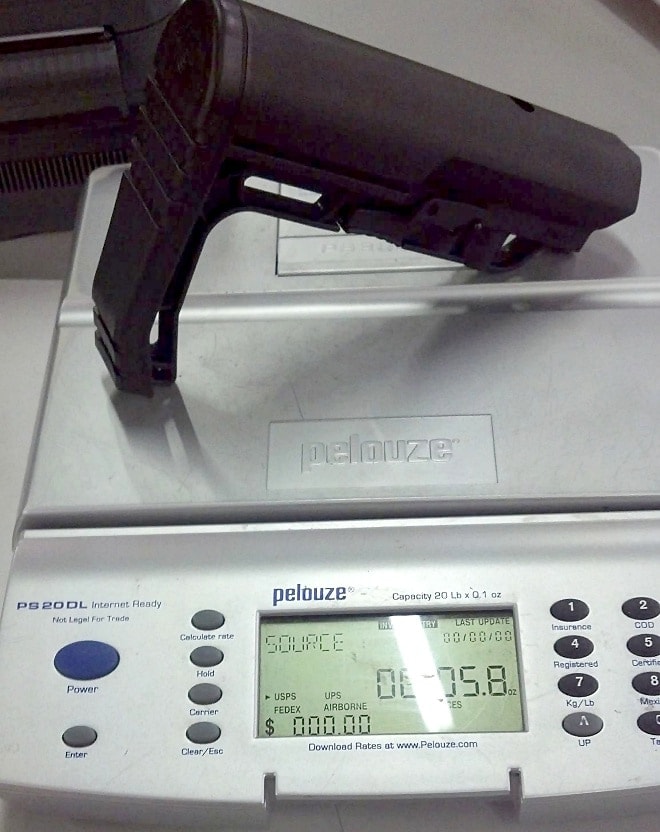 “Battlelink Stocks are the evolution of battlefield technology manufactured using a specially developed reinforced, super tough polyamide from DuPont’s Military Plastic Division,” according to the company.

Despite weighing less than 6 ounces — 5.8 ounces, to be precise — the BMS still accommodates a quick-detach sling point mount, directly in front of the adjustment lever. By pointing the sling point straight down it only needs one, as it’s ambidextrous. The design is also slotted for traditional slings.

Also, that weight includes an (admittedly thin) recoil-absorbing buttpad. Sure, the recoil from most ARs is not that much of a concern, but for volume shooters it can add up, and the rubber is a handy non-slip surface for standing rifles up.

The butt of the stock is angled inwards for shooters who like to shoulder their rifles high up as well as for anyone wearing body armor. Some people prefer angled stocks as they can in some cases be faster to shoulder as well.

While not as well-known as some polymer AR accessory manufacturers, Battlelink’s high-end stocks have a warm-blooded following. What’s nice about this stock in particular is its low price, not just compared to the other Battlelink stocks but aftermarket stocks in general. The BMS is priced right at $60, less than half of what other Mission First stocks run. 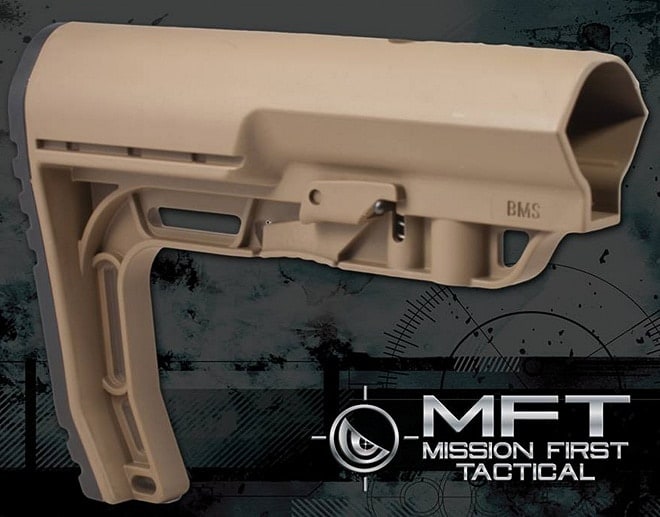 Mission First Tactical will be rolling out the BMS in black first, but they do plan on adding other color stocks down the road. Mission First lists four future colors, flat dark earth, foliage green, grey and scorched dark earth. They’re already teasing upcoming colors on their Facebook page.

Minimalist equipment is getting more and more popular every day, with people shaving ounces to save pounds wherever they can. The BMS weighs 30 to 50 percent less than the majority of aftermarket stocks, which adds up quickly.

Whether you’re looking to build the lightest possible rifle or just like the look and want to try something different, check out the Mission First Tactical website. You might see some new furniture in your future.