A Russian model strutted off the catwalk and directly into a cash-advance bank in the city of Nizhny Novgorod, Russia, going from a pretty woman to an armed robber.

Having an abundance of stockings, she put one over her head to conceal her face before bursting into the bank, demanding money and futilely trying to shoot out a video camera with an air gun. 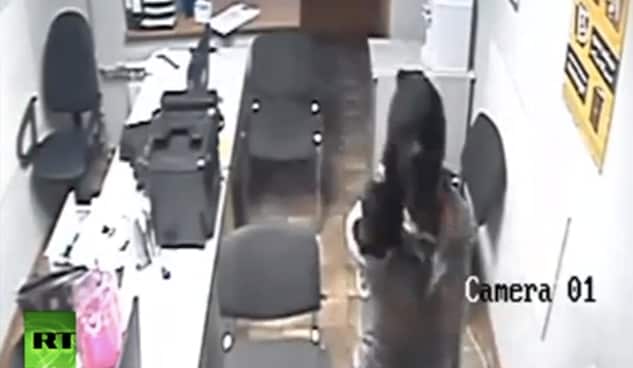 This Russian model tried to blow out a security camera with an air gun.

Though she never was quite able to blow out the camera, the model managed to convince the employee she was a menacing threat, and stole nearly $3,000 worth of cash.

She was later arrested and plead guilty to her charges, saying she committed the robbery “for fun” as the city – which she was visiting – depressed her. She added that she would return the stolen money, but the judge didn’t much care and placed the woman under house arrest.

She faces up to 10-years in prison.