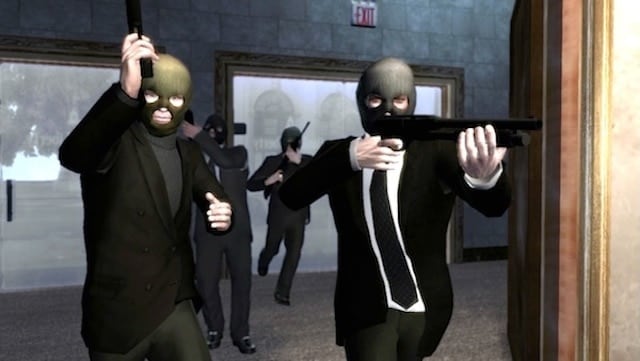 The teenager confessed to a “video game” style armed robbery of a bank.

A 15-year-old young man admitted to armed robbery of a bank, acting out a “real-life action video game.”

Dressed in a black, Parka-style coat, with hood up and a scarf pulled over his face, the boy robbed Barclays Bank in Liverpool around 11:50 BST with what was later determined to be a BB gun.

The teenager’s mother called police after she found nearly $3,200 worth of cash, stained and covered with dye, and a fake firearm when she cleaned his room, the Liverpool Youth Court was told.

Motivated by “greed,” the young man rushed into the bank, telling the cashier, “Don’t do anything stupid. I have just got out of prison after five years.”

Thankfully, no bank workers were hurt during the robbery.

The boy confessed to officers he had cased the bank several days prior, having chosen it because he thought it would have the “most money,” the prosecution claimed.

The teen plead guilty to two counts of robbery and one count of possessing an imitation firearm with intent to cause fear of violence. 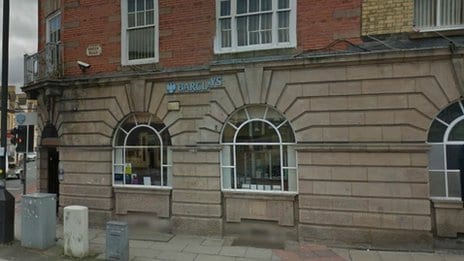 The judge said the young man’s motivation could have been from a friend, or a possibly a video game he had been playing.

District Judge Ian Lomax was perturbed by the brazen actions of the young man.

“This is a very serious matter,” Lomax said. “It’s an armed robbery, but not in the conventional sense most people would recognize.”

“It’s a bizarre, surreal case of a young man almost acting like a real-life action video game. Nevertheless, it was a robbery,” the judge said.

The judge added the teenager’s crime was “motivated by greed and immaturity,” as well as other influences that may have included “another pupil” or something he had “been watching or playing.”

The 15-year-old was granted conditional bail until sentencing.