Incredible footage has surfaced showing a plainclothes police officer bravely leading a shaken, young family to safety amidst the chaos of the Westgate centre mall attack in Kenya.

After the first rounds of the brutal attack are fired, the mother acts quickly, taking cover on the ground and lying motionless with her children. She plays dead to avoid detection from the gunmen who killed at least 67 people, and injured at least 200 more. 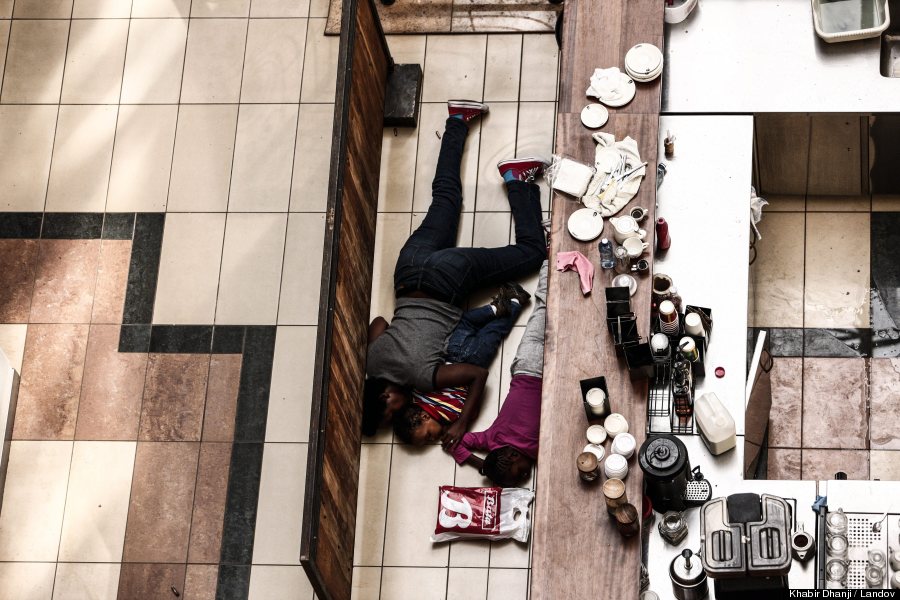 The quick thinking mother took cover on the ground, lying motionless to avoid detection from the gunmen.

As the police officer crawls on his stomach towards the family, the mother remains still. It is only after much persisting by the heroic officer that the mother is willing to abandon the relative safety of the ground and risk making a dash for the exit.

Finally, after scooping up one of the young children in his arms, the officer and the family flee the living hell inside the mall and are able escape.

Many acts of heroism have emerged amongst the barbaric killings, another such example is the story of the armed, off-duty SAS soldier who saved at least 100 people during the attack.