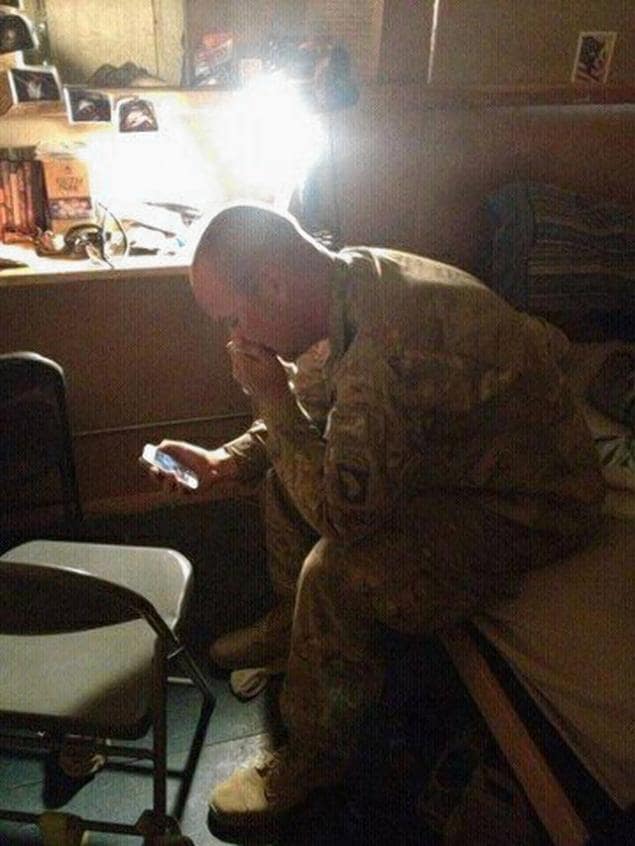 A soldier stationed in Afghanistan may have been thousands of miles away from his wife, but he was still able to witness the birth of his twin daughters – via Skype.

Private First Class Colton Romney was moved to tears as he watched from afar the momentous, life-altering occasion of becoming a father.

Romney stared in awe at the shining screen as his newborn daughters, Liberty and Lauren, entered into the world.

Romney’s wife, Shannon Romney, was anxious to get her husband involved with the C-section delivery on Wednesday morning and so asked a nurse to record the event.

“It was pretty awesome,” Shannon said. “He was looking at me, like, kind of shocked, but then he had this big, huge smile on his face.”

Unable to contain his excitement, the new father took to Facebook to declare his fatherhood.

“I’m a dad! Shannon Romney did amazing! Baby we are parents! And they are so beautiful! Romney wrote.