Shellie Zimmerman doesn’t know what George is capable of, ‘doubts’ his innocence (VIDEO)

“This person that I’m married to, that I’m divorcing, I’ve kind of realized now that I don’t know him,” she told Lauer on Thursday. “And I really don’t know what he’s capable of.” 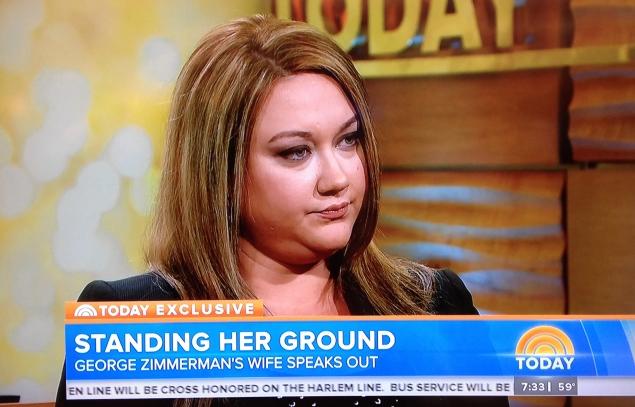 Shellie says her estranged husband, George Zimmerman, has changed since his acquittal.

Lauer asked Shellie, “You stood by him through this entire trial, you cried when he was acquitted. I would imagine those were tears of joy. And then a short time later you filed for divorce. Are you telling me he’s changed that dramatically since the trial?”

“Yes, he has,” Shellie answered.

“In what way?” Lauer pressed.

“He just kind of treated me like I was disposable,” Shellie said in a wavering voice.

Shellie also said she’s now brings into question if her soon to be ex-husband acted in self-defense.

“I have doubts, but I believe the evidence,” she said.

Lauer was quick to call out Shellie’s prior perjury charges, pointing out that she may have some credibility issues.

“I think I do have credibility issues, and I own that… but the truth is the truth and I want to always, forever more, tell the truth and that’s why I’m here,” Shellie said.