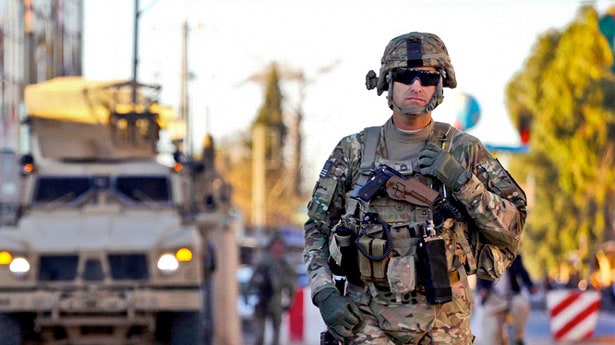 Troops will be headed out of Afghanistan by the end of 2014 and trailing behind them will be some 1.5 million pieces of equipment that must be shipped for an estimated $3 billion.

After spending more than 12 years in Afghanistan and losing more than 6,000 soldiers in Operation Iraqi Freedom and Operation Enduring Freedom, the remaining 60,000 troops have a tentative come home date of December 2014. But also leaving the country will be all of the military equipment – lots and lots of military equipment – with a whopping $3 billion price tag to ship it all back home. And that’s only a small fraction of it.

The Army is leading the massive operation and started with a staggering collection of $28 billion worth of equipment at the beginning of this year. But nine months into the year, they have managed to cut the amount nearly in half by already sending $11 billion in gear back home and closing 330 of 400 bases in Afghanistan.

Approximately $7 billion worth of equipment will be left behind, being either sold to allies, handed over to the Afghan government or auctioned off for scrap metal and melted down.

That still leaves about 1.5 million pieces of equipment, ranging from armored trucks and ammunition to radios and rifles, totaling a value of $4 billion. And all of it will have to come back to the U.S., at a cost close to that total value.

Of course, the $3 billion price tag is just an estimate and some say that it’s a rather conservative one at that. One major factor in determining the cost is the manner in which the goods are transported. Certainly, the fastest shipping method, via plane, is also the most expensive. Yet the cheapest way, via boat, is also the slowest, taking up to five months or more to port on American soil. Likely the gear will be transported using several different methods, depending on the sensitivity and planned use of the items.

But shipping the equipment is only a small fraction of the entire complex process it takes to get it all back to the U.S.

The military must first sort through shipping containers full of gear and strip down the thousands of vehicles scattered across Afghanistan throughout the many bases, all the while ensuring that the remaining soldiers still have adequate supplies and equipment.

Brig. Gen. Steve Shapiro, deputy commander of the unit managing the removal of the equipment, said in March, when the shipping costs were estimated at $6 billion, that they still had some 28,000 vehicles and 20,000 shipping containers to go through.

Preparing vehicles for removal is an intense, time consuming and labor-intensive endeavor. The team must first carefully search the vehicle for any ammunition that may have been left behind. They look under the seats, behind cables and even use high-tech cameras to check in the tiny crevices of the vehicle. Rifle and machine gun rounds, and even grenades and mines, have been found left in the vehicles. 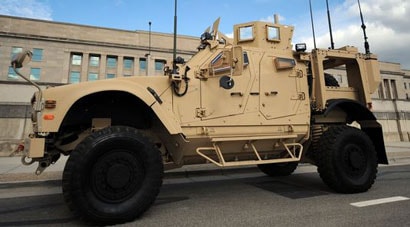 Removing military vehicles from the country is a far greater task then simply packing them up and sending them off.

Another team then strips the vehicles of security netting, gun towers, radio equipment and other gear, which is then shipped separately from the vehicles themselves.

Then the vehicles have to be washed – twice. Three or more times if the vehicles are headed straight back to the U.S.

Most of the vehicles are flown out by plane, but sometimes they’re taken out on the road. But the rough roads and lack of seaports make transporting via road even more complicated. For example, tensions between countries surrounding the Karachi port, which has been used in the past to transport U.S. goods out of Afghanistan, have caused borders to shut down more than a time or two. As a result, the military will not use that route to send out any high-tech or sensitive equipment.

Another big challenge is deciding what really can go and what needs to stay while the remaining 60,000 troops are still in the country.

“What we don’t want is peaks and valleys, which is why there is all this emphasis on it now, asking ourselves do we really need this piece of equipment,” Col. Mark Paget, commander of the 401st Army Field Support Brigade, which is managing the removal of equipment, or “retrograde” as the military calls it, in Bagram. “What you want and what you need are different things.”

After over a decade-long war, the country is now filled with shipping containers full of “long-forgotten orders.”

“Is war wasteful? Yes,” Gordon Adams, a professor at American University and former defense official in the Clinton administration said. “Is ending war wasteful? But bringing back something and pretending you’re going to use it is even more wasteful. It doesn’t do anybody any good if you just bring it back and park it.”

Adams points out that the process of deciding what to bring back and what to leave requires making costly choices. He also believes that the $3 billion estimate for bringing the goods back home is a “pretty cheap” one.

“We have a lot of stuff there. Inevitably, we overbought,” Adams said. “We always do when we go to war.”

Paget may be inclined to agree. 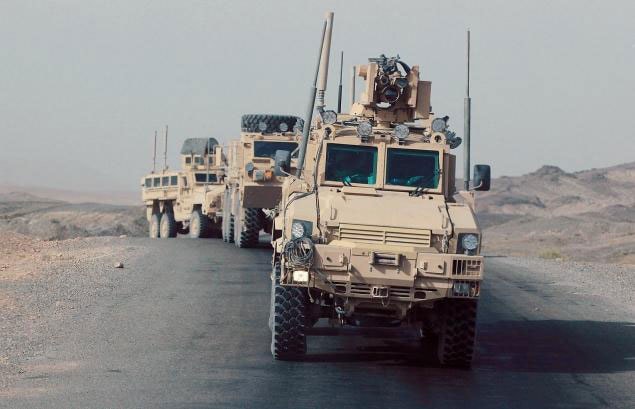 Some 28,000 military vehicles still remain in Afghanistan to be shipped back to the U.S.

Upon performing the grueling task of going through the tens of thousands of shipping containers, Paget recently opened one which contained hundreds of easels. Apparently they were ordered during the height of President Obama’s flood for commanders to be in small outposts around the country. They were ordered so that the commanders could map out their offensives against the Taliban on whiteboards balanced on the easels.

“Excess easels, there were easels everywhere,” Paget said, shaking his head. “I will stand by that I have seen a container full of easels.”

Bottom line, war is hell — and expensive — and wasteful.