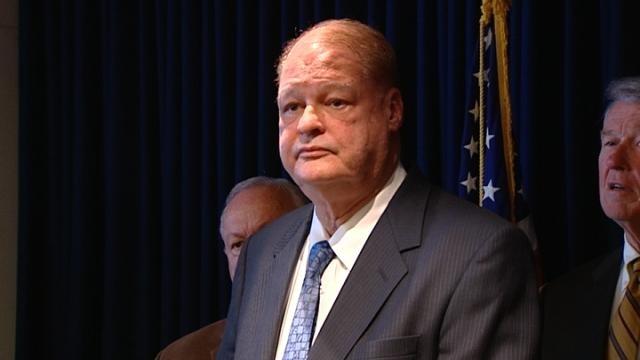 Back in May, as part of an effort to help police investigate gun-related crimes, city council members passed a pair of gun laws.

One of those laws would require gun owners to report lost or stolen firearms to authorities within 48 hours of the time he or she knew or should have known the firearm had been stolen or lost. Failure to report would result in a $100 fine.

Police hope that this will help them maintain a chain of ownership and cut down on the time it takes them to trace a firearm found at the scene of a crime.

The second gun law would allow police to obtain a blood or breath test to determine a person’s alcohol concentration if that individual is suspected of negligently discharging a firearm within the city’s limits.

Since it’s already against the law to negligently discharge a firearm, there is no additional penalty. Though, the BAC reading could be used as evidence to support a criminal-negligence charge in court.

For Attorney General Horne these laws are unenforceable simply because the Tucson City Council does not have the legal authority to enact ordinances that relate to the transportation, possession, carrying, sale, storage, discharge or use of firearms. Only the state legislature has that power, according to Arizona’s preemption statute, which reads in part:

It is the intent of the legislature to clarify existing law relating to the state’s preemption of firearms regulation in this state. Firearms regulation is of statewide concern. Therefore, the legislature intends to limit the ability of any political subdivision in this state to regulate firearms and ammunition. This act applies to any ordinance enacted before or after the effective date of this act.

In short, and to reiterate, only state lawmakers can enact new gun laws.

But city council members were vexed by Horne’s formal legal opinion. Councilman Paul Cunningham called it “asinine,” arguing that it does not conflict with any state law.

He also accused Horne of having a political agenda. “A lot of the AG’s motivation to do this is to score some political points with his base,’’ Cunningham said.

Councilman Steve Kozachik agreed with Cunningham that Horne’s opinion didn’t make sense. He told the Arizona Star Daily that there is no state law on reporting lost weapons, meaning, by definition, there is no state penalty.

“I think that’s tortured logic,’’ said Kozachik. “If the law is silent on the issue, how can we be violating their pre-emptive statute? he asked.

Horne dismissed his critics, telling the Star Daily, “If they have a problem with the law, they should talk with their legislators,’’ he said. “They shouldn’t ‘shoot the messenger.’”

But Cunningham doesn’t think state lawmakers have an appetite for new gun laws. “Right now I think with the climate in the Legislature, it’s probably unlikely,” he said.

At the end of the day, Horne’s formal opinion on the Tucson gun laws are just that, an opinion. It’s not a ruling and therefore it’s non-binding. Until someone files an official lawsuit against the city’s new gun laws and a judge grants and injunction blocking the law or rules that the laws are indeed null and void, the city can still try and enforce them.

All that said, what are your thoughts? Is A.G. Horne correct?