A potential mass shooting at a McDonald’s was narrowly averted when an armed robber’s gun repeatedly failed to fire. 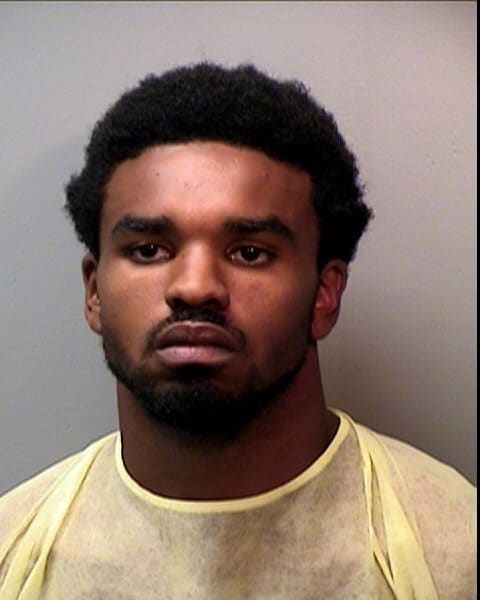 Jestin Anthony Joseph was arrested Wednesday night on outstanding warrants and on suspicion of five counts of aggravated robbery. His mom said he was suicidal that night.

The gunman, 24-year-old Jestin Anthony Joseph, asked for a water cup in a Fort Worth McDonalds, but his mind wasn’t on quenching his thirst. The would-be robber surreptitiously pulled out his semi-automatic handgun, hiding it behind his back, as he feigned filling up his cup with water.

Suddenly, the scene exploded into commotion as Joseph brandished his weapon, waving it around and pointing it at patrons and employees of the restaurant, demanding their personal property. Fort Worth police say surveillance video captured the man pulling the trigger at least five times, but miraculously, the gun never fired.

Frustrated, Joseph went outside and successfully fired his weapon – once into the air and later toward a passing vehicle. After returning inside for the first time, Joseph turned the gun on those that were fleeing, but again, the weapon would not fire.

According to robbery Sgt. Joe Loughman, the suspect went back outside for the second time, successfully firing two rounds at a car, though the driver never stopped.

“I don’t know if the vehicle was hit, but a lot of witnesses and victims said that this guy pointed the gun at the vehicle and fired at it,” Loughman said.

No injuries were reported and police were unable to explain why the gun didn’t fire while inside the restaurant.

“I’ve never seen anything like that before,” Loughman said. “It must not have been their time to go.”

“It appears the [he] is pulling the trigger, but the weapon does not fire,” Loughman said.

Approximately four hours before the attempted robbery took place, Joseph’s mother went to the Allen police station, concerned her son may be suicidal.

The mother who requested to remain anonymous due to safety concerns, said she alerted Allen police after her son called her, saying people were after him.

“He said, ‘They’re trying to kill me, Mama! I’m going to die tonight!’” the mother recounted in a phone interview Wednesday afternoon.

“The only thing I can say to you is that was not my son yesterday,” the mother said. “He was not in his right mind.”

According to Joseph’s mother, the gun malfunctioned “because we were praying.”

Joseph was arrested Wednesday night on outstanding warrants and on suspicion of five counts of aggravated robbery. His total bail was set at $500,000.