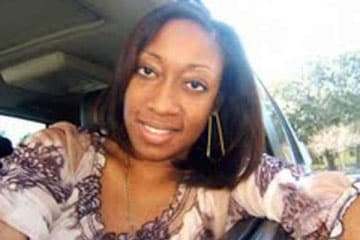 An undated photo of Marissa Alexander

After unsuccessfully invoking Florida’s controversial Stand Your Ground law, Marissa Alexander will now get a second chance to prove that she fired a warning shot at her husband because she felt threatened.

Although Duval County Judge James H. Daniel rejected the idea of using Stand Your Ground laws as a defense, he granted Alexander a new trial Thursday, allowing her to prove to the jury that the shot was indeed fired in self-defense.

“We reject her contention that the trial court erred in declining to grant her immunity from prosecution under Florida’s SYG law, but we remand for a new trial because the jury instructions on self-defense were erroneous,” Daniel wrote, according to a report by ABC.

Alexander’s case, with the reference to SYG, was often paralleled with the Trayvon Martin shooting. However, when positioned next to each other details were often sparse and centered on race. For example, the Martin incident resulted in the acquittal of a white neighborhood watch volunteer who pursued and shot to death an unarmed black teen, whereas Alexander’s story resulted in her, a black female, getting 20 year in prison for firing a warning shot at her abusive, estranged husband.

According to Alexander’s testimony, the August 2010 incident that led up to the shooting started when she returned home from work that night to find her then-husband, Rico Gray, Sr., in their house.

However, at the time, Alexander had a restraining order against Gray, which she had obtained after he assaulted her.

Alexander said that the physical force escalated when she went into a bathroom and locked the door, only to have Gray follow her and kick in the door. She tried to get past him, but he shoved her into the door and choked her. A struggle ensued that Alexander described as feeling like “an eternity.”

The outrage was the result of Gray questioning the paternity of their week-old baby when he discovered text messages on Alexander’s phone to her ex-husband. As he kicked in the door, he told her that if he couldn’t have her, nobody could.

Once she was finally able to get away, Alexander ran towards her garage to get into her vehicle and just leave, but once in the garage she realized that she did not have her car keys. She opted for the next best choice – to just leave on foot through the garage, but she claims that there was some sort of malfunction with the garage door and it would not open.

At that point, she realized that she needed to go back into the house, where an abusive Gray remained, to try to exit through a different door or get either her car keys, so she could leave, or grab her phone to call for help. It was then that she made the decision that would ultimately land her fighting for her freedom.

“I knew I had to protect myself,” she said during an interview with CNN last April. “I could not fight him. He was 100 pounds more than me. I grabbed my weapon at that point.” The weapon was a gun, legally owned by Alexander.

But once back inside the house, she claimed that when Gray saw her holding the handgun, he became irate and charged towards her “in a rage” saying, “Bitch, I will kill you!”

Alexander then made what she described as a choice between “the lesser of two evils” and fired a warning shot into the air, which hit the wall and ricocheted into the ceiling.

Gray ran from the house and called the police, claiming that Gray had just tried to shoot him and instigated the entire ordeal.

But apparently that wasn’t the first time that he had threatened to kill her either. In fact, Gray had been arrested in the past for assaulting Alexander, beating her so severely that she ended up in the hospital.

When asked what he meant by “put my hand on her,” Gray replied, “probably hit her.” And as if that wasn’t enough, he went on to explain, “I got five baby mammas and I put my hands on every last one of them except for one.”

Gray later changed his story, saying that he had just made up all of the above because he was trying to protect his wife, claiming that he actually “begged and pleaded” for his life when she had the gun.

But instead of being protected, Alexander was charged with three counts of aggravated assault with a deadly weapon, carrying a 20-year mandatory sentence. All for trying to protect herself without causing her estranged husband any harm, “the lesser of two evils.”

The sentence is part of the state’s 10-20-life law, which constitutes a mandatory 10-year sentence for anyone producing a firearm during the commission of certain felonies, 20 years for unlawfully firing a gun and life in prison for shooting someone, whether it’s fatal or not.

Now, with a new trial at hand, Alexander’s legal defense team has the burden of proving that she did not intend to maliciously shoot her husband but rather that she fired the warning shot in an attempt to scare Gray off, as she feared for her life.

“I believe when he threatened to kill me, that’s what he was absolutely going to do. That’s what he intended to do,” Alexander said. “Had I not discharged my weapon at that point, I would not be here.” 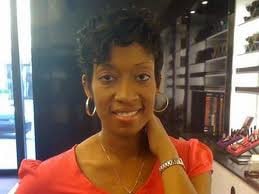 Alexander once ended up in the hospital after Gray beat her, but he claims she simply fell and hit the bathtub.

Gray had an opportunity to publically tell his side of the story, but backed out of an interview with CNN, claiming that to do so would have put his life in danger. However, he later contacted the news station again and said that he would be willing to provide an interview to “anyone who would like to pay.” CNN declined, as it’s against their policy to pay for interviews.

Yet Alexander is willing to talk, not for compensation, but for her freedom.

“This is my life I’m fighting for,” she said as she wiped away tears. “If you do everything to get on the right side of the law, and it is a law that does not apply to you, where do you go from there?”