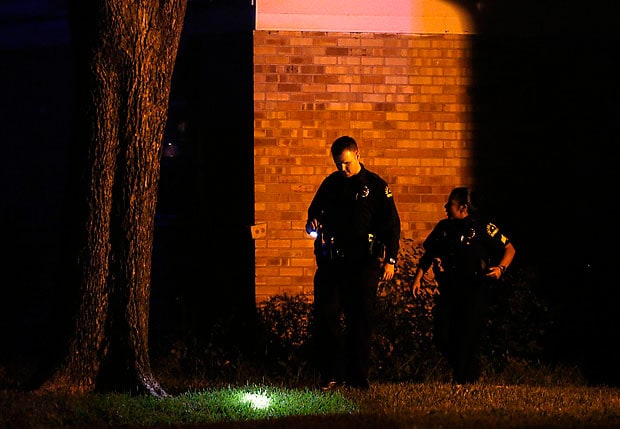 In what could definitely be described as a bizarre event, two men are dead after an apparent attempted home burglary in Dallas Thursday night.

According to a local CBS affiliate, the homeowner shot the man suspected of attempting to break into his home, but once officers arrived on the scene, they shot the homeowner as well. Both the suspect and the homeowner were pronounced dead at the scene.

It was about 7:45 p.m. when the homeowner, 57-year-old William Hall, caught 30-year-old Jerry Hale in the alley beside his home apparently with the intentions of breaking into his home. But Hall, armed with a 9mm handgun, confronted Hale and shot him.

Several witnesses heard multiple shots and called 911, and also noted that Hale, who was already injured and lying on the ground in a pool of blood, was begging for Hall not to kill him.

David Murphrey, another witness, told Hall, “No, don’t kill him. I’ve already called the cops. Cops are on the way.” To which Hall responded, “Good, I’m going to kill him and then I’m going to shoot them, too.” Murphrey then just said, “Oh, my God,” and walked away. 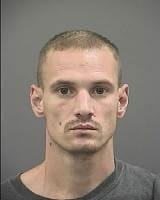 Photo of Jerry Wayne Hale. An unconfirmed report indicated that Hale believed the homeowner had died and the house was empty. (Photo credit: Dallas News)

At least three different witnesses confirmed that Hall had threatened them while pointing his gun at them.

When police arrived a few minutes later, in the confusion they were unaware who the homeowner was and who was the suspect and the fact that Hall refused to drop his weapon certainly did not help to de-escalate the situation.

Initially, paramedics were not even able to get into the alleyway to attend to Hale because the situation was too dangerous with Hall refusing to back down.

Officers repeatedly told Hall to drop his weapon, but he wouldn’t. When Hall eventually turned his gun on the officers, that’s when they opened fire on him.

“According to three independent witnesses, the officers were giving loud verbal commands to the man to drop his weapon,” Maj. Jeff Cotner with the Dallas Police Department said following the incident. “The man pointed his weapon at the officers and the officers fired their weapons in defense.”

Other witnesses agreed that the officers told Hall to drop his weapon at least 20 times, to no avail.

Hall and Hale were both pronounced dead at the scene, and no other injuries were reported.

It’s unknown why Hall reacted to the witnesses and police in the manner which he did. Neighbors say that they know very little about the man, who had lived there for several years.

Hall had been unemployed for years and neighbors say they rarely saw him come out of his house. Areas of his home were boarded up with wood and apparently he did not have working utilities at the house. City officials had visited the house in the past, due to the condition of the building and multiple code violations.

Hall was described by his neighbors as a hoarder and a recluse. It is unknown if Hall had any family.