In a scene that could have been “ripped from the pages of a Tom Clancy novel,” a former Army sergeant and sniper instructor, nicknamed Rambo, has been charged with recruiting ex-soldiers as globe-trotting assassins to do the evil bidding of well-to-do drug traffickers.

Three members of 48-year-old Joseph “Rambo” Hunter’s gang were prepared to murder a federal agent for a lofty sum of $800,000. According to court papers outlining an elaborate four-continent sting operation, one of the guns-for-hire boasted that his details were “fun.” 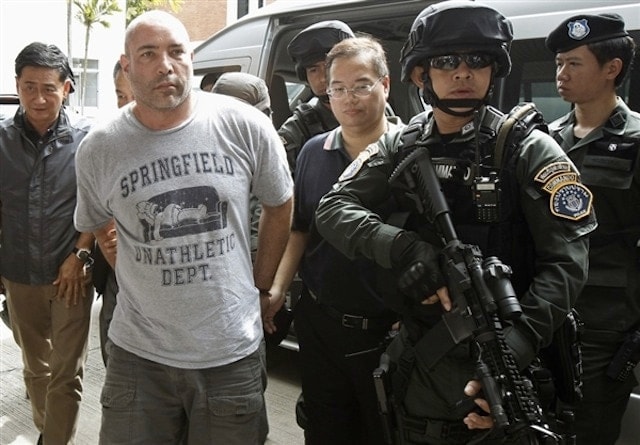 “The charges tell a tale of an international band of mercenary marksmen who enlisted their elite military training to serve as hired guns for evil ends,” said Manhattan U.S. Attorney Preet Bharara. “Three of the defendants were ready, willing and eager to take cold, hard cash to commit the cold-blooded murders of a DEA agent and an informant.”

The family of Hunter, the accused ringleader of the organization, told NBC News he was mysterious about his international activities and they had no idea he had been arrested.

Hunter served as a sniper instructor and senior drill sergeant in the U.S. Army from 1983 to 2004, according to the indictment unsealed Friday.

After his military service, Hunter embarked on a new career path as a contract killer who “has arranged for the murders of multiple people,” the court papers charged.

“These were consummated, completed contract killings,” Bharara said at a Friday press conference. “And because it was clear that Hunter was a threat to the public and to public safety around the world, our partners at the [DEA] Special Operations Division set out to stop him.”

While federal agents plotted to take down Hunter, he sorted through applications to compile a security team that would do “the dirty work” of narcotics kingpins,” Bharara said.

Hunter was alleged to have recruited four other ex-soldiers – an American, two Germans and one from Poland – to create a team he thought would support a massive Columbian-based cocaine-smuggling operation. In reality, the supposed Columbian contacts were confidential federal sources. 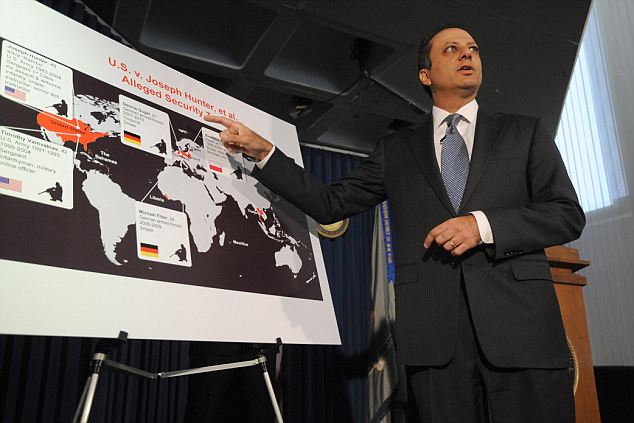 Hunter enlisted two of the men, German sniper Dennis “Nico” Gogel and U.S. Army veteran Timothy “Tay” Vamvakias for what he described as a “bonus job,” a dark plot to murder a Drug Enforcement Administration agent and informant in Liberia for the handsome price of $800,000.

In preparation for their assault the team obtained visas, plane tickets, a submachine gun and .22-caliber pistols, as well as Hollywood-grade latex facemasks capable of making the wearer appear to be of another race.

But the team never got to execute their plan. Vamvakias and Gogel were arrested in Liberia and brought to Manhattan, being presented to the federal court on Thursday. The 29-year-old German-trained sniper, Michael “Paul” Filter, and 40-year-old Polish counterterrorism expert, Slawomir “Gerald” Soborski, were arrested in Estonia and will be extradited.

Hunter, the team leader, was arrested in the tourist area of Phuket in Thailand, and is due in court on Saturday.

Derek Maltz, The DEA special agent in charge of the operation, said, “As much as this indictment reads like the script of a movie, it’s real, it happened.”