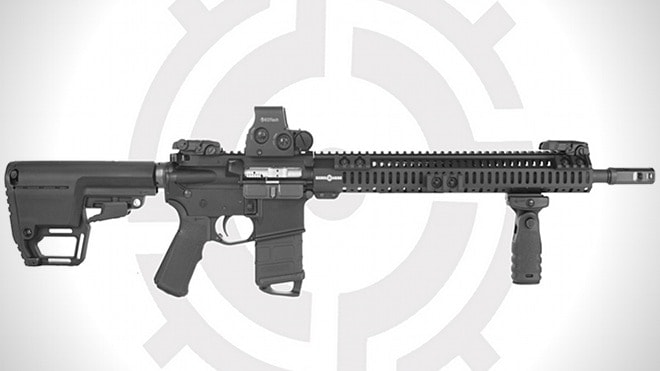 AR owners like to tinker, to customize and tweak. There are more options and accessories for the rifle platform than any other rifle, too many to count. Rebel Arms has a simpler system: build a great rifle that doesn’t need any tweaking.

While they’re a new game in the AR world, they’ve got some good ideas. Their RBR-15 series of rifles come standard with the sort of parts that are largely only seen on custom guns, stock.

OK, so maybe the M4-profile barrel is a bit out of place; it’s not the beefed-up A2 profile and even though the handguard blocks it, it has a cutaway for barrel-mounted accessories. This may be to keep things standard under the handguard and it may just be a matter of parts availability.

But they do have a 1-in-9 twist, which is rated for projectiles up to 69 grains, giving these rifles more options when it comes to shooting lighter bullets. And since they all have slick, clean-running bolt carrier groups, they’re well-suited to shooting cheap, often dirty ammo.

The handguard and muzzle brake are Rebel Arms designs. The handguard is pretty slick. It’s an octagonal handguard with nearly 200 mounting slots for accessory rails. RBR-15 rifles are available with extended 14.5-inch handguards or 12.1-inch handguards. Accessories can be mounted to the handguard without having to remove it and don’t use backplates, making it easy to install and adjust them as necessary. It was also designed to be compatible with gas-piston systems.

They are also available in two colors, totaling four models of RBR-15. One each short- and long-handguard models in standard black and one each short- and long-handguard models in “Scorched Dark Earth,” a dark bronze finish with matching Mission First Tactical Battlelink Utility stock and Engage interchangeable backstrap pistol grip. The grip is angled more vertically than standard pistol grips giving its users the option of shooting with the buttstock collapsed without discomfort.

The trigger groups are polished before installation; combined with the nickel-boron finish they promise a stack-free single-stage break at 5.5 to six pounds.

The nickel-boron-treated bolt carrier groups are shot peened for surface uniformity and magnetic particle inspected. The gas key is made to USGI specs, including side-staking to the carrier.

The only think that Rebel Arms leaves to its customers is optics selection. These rifles don’t include sights; those are fairly personal and probably best left up to the user.

So while many people may not have heard of Rebel Arms, that could change pretty quickly. On paper, these are all A-rated guns, and priced at just $1,400, there will be plenty of volunteers to try them out. Sure, $1,400 puts it decidedly out of the entry level range, but it would be hard to build a similar rifle for less. We look forward to seeing how these guns work in the field.

And if you’re at all tactical-minded, they’re pretty fine-looking rifles, too. AR15News got a hold of a few glamour shots of these slick guns. 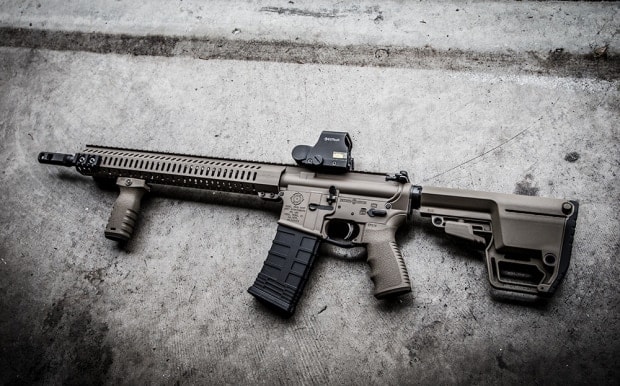 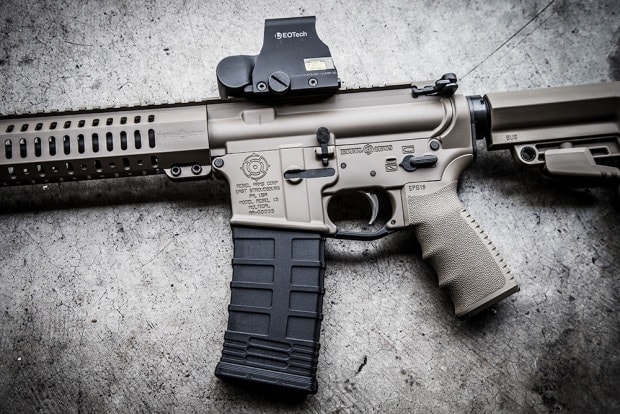