The discovery of a MAC-11 machine pistol on Thursday at one of JFK’s largest airport terminals raised some major security concerns. Jamaica, Queens Port Authority officials are wondering how the weapon ended up in the ceiling of a maintenance closet, and how it was able to slip past security.

Port Authority Police are investigating the incident but are “not even slightly” concerned the weapon is part of some larger terrorist plot. 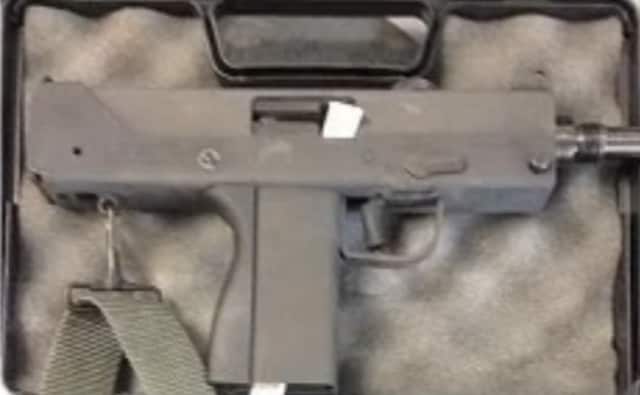 A MAC-11 machine pistol was discovered in the rafters of the JFK airport.

“At 10:10 am today a contractor running cable in the ceiling of a management office at Terminal #1 at JFK found a case in a storage closet containing a MAC-11 subcompact machine pistol,” officials said. “The office which is locked and accessible only to a few people is located OUTSIDE the terminal’s secure area. The contractor immediately called Port Authority Police which took possession of the weapon. The PAPD is investigating whether the weapon is operable. No ammo was in the gun nor found near the weapon.”

Police are running ballistics to determine the gun’s origin and how long it has been hidden in the closet.

Terminal One is an international terminal used by Air France, Turkish Airlines, Korean Air, as well as others.

The MAC-11 machine pistol, created in 1972 by Gordon B. Ingram, is most notable for its exceptional rate of fire, capable of spitting out approximately 1200 rounds of .380 ACP per minute.