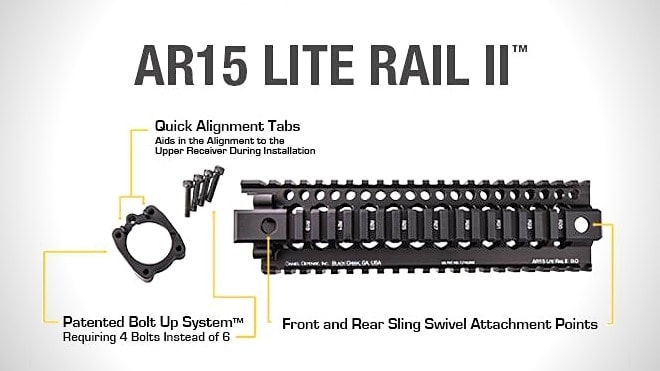 Because ounces are pounds. Daniel Defense is rolling out a series of new AR15 Lite Rail IIs that offer the same flexibility, durability, rigidity and features, while managing to weigh less at the same time.

Daniel Defense is on the short list of manufacturers for AR builders looking for top-flight parts and accessories, and the standard Lite Rail is an extremely popular quad-railed handguard in all its variants.

“Once we develop and deploy a new product, we begin discussing how we can make an already superior product even better,” said president and CEO Marty Daniel. “The AR15 Lite Rail II is the product of innovative thought and a very talented team of engineers. In the end, we made it even ‘Lighter, Stronger, Better …’”

The new Lite Rail II doesn’t sacrifice any of the original handguard’s features, it simply weighs a little less. Honestly, not by much and we don’t expect a lot of existing Lite Rail owners to rush to replace them. Depending on which model new handguard compared to the old version, the new rails only weigh an ounce, give or take, less. 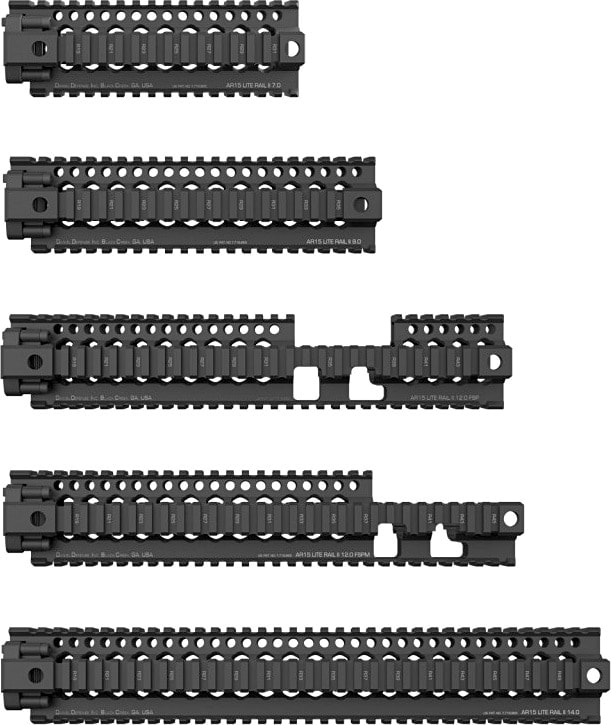 However, where they cut weight promises better structural integrity, with improved geometry, and the new rails are also simpler to install.

What may be the biggest part of the change is the new mounting system, which only uses four screws (instead of six) and has anti-rotation tabs that extend over the upper receiver that prevent any twisting of the handguard. The new mount looks much more slender than the old one and may be where Daniel Defense cut a good portion of the weight.

The handguards all have four anti-rotational quick-detach sling points, two on the left rail and two on the right, front and back, giving its user the most possible sling mounting options.

Daniel Defense will be offering most of the upgraded handguards by the end of this year, although the 14-inch extended Lite Rail II is not expected until early 2014. The Lite Rail II otherwise comes in the same configurations as the original Lite Rail, with carbine-length, midlength and rifle-length options as well as extended options with front sight post cutouts.

Daniel Defense is still carrying the original Lite Rails and time will tell if they will eventually phase them out. The new Lite Rail II models command an almost insignificant $4 to $5 price premium over the older, heavier designs.

Still, we are talking Daniel Defense here; be prepared to spend $300 or more when they hit store shelves. Quality like this doesn’t come cheap.

For more information and availability, head over to the Lite Rail II product page.