Tyler Hicks, a photographer for the New York Times, was in Kenya running errands near the Westgate mall when the massacre began.

Unaware of the mass scale of what was happening, he made his  towards the mall entrance, only to find a flood of people — some injured, but all scared — walking out. As Hicks was photographing a woman who was shot in the foot, his attention was drawn to more screams ringing out in the distance.

Moving past the stairs to the main entrance, the first causality Hicks had seen was lying lifeless at the bottom of the steps. 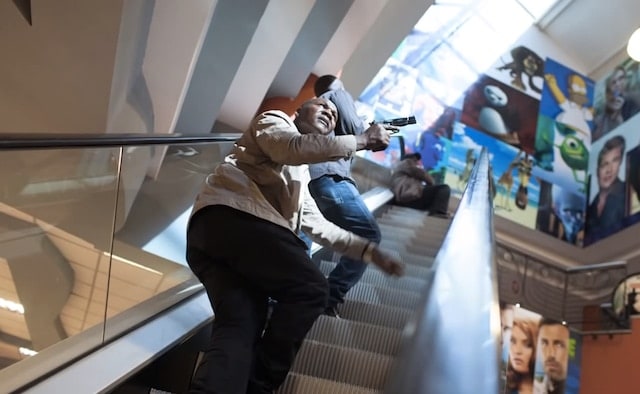 Hicks moved towards the sound of gunfire when the Kenya mall attack started underway.

Undeterred and focused on creating a document of the destruction around him, Hicks realized he had never seen anything so grotesque during his career as a photographer. The body count quickly rose as he discovered body after lifeless body, the victims from the horrible mass shooting.

Precariously positioned on the second floor, exposed and vulnerable to gunfire, Hicks captured the moment a terrified mother protected her children by playing dead on the floor.

“In these kind of situations, in a lot of ways, this is when you get very honest and true pictures, because they’re not focused on you and they’re just doing their jobs,” Hicks said.

Having shopped in the Westgate mall many times before, Hicks was able to expertly navigate the labyrinth, snapping photos of the violent destruction and grotesque aftermath caused by the Kenya mall shooters.