The Gun Box: A high-tech way to secure a handgun

The Gun Box is a new safe design by engineer Ryan Hyde that incorporates biometrics and RFID technology to secure a pistol at your bedside, ensuring that only the right people have access to the safe’s contents.

The design also sports a handful of electronics including a GPS system, which tracks the safe’s location and movement.

Inside the Gun Box is a battery backup to ensure that its “smart” safe functions remain operational even when it’s unplugged for several weeks. 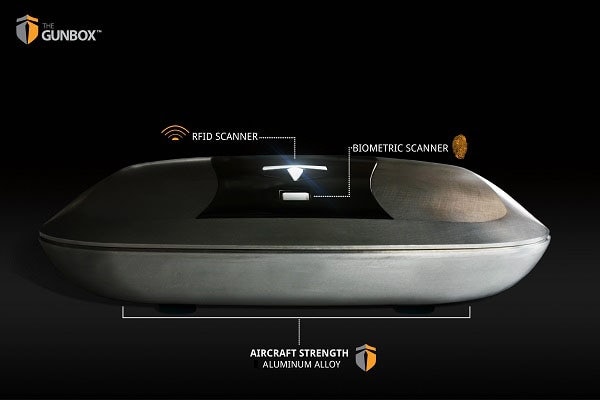 RFID is the primary key system. The user can wear a bracelet, ring or wallet card that opens the safe. Wave the RFID-tagged item over the safe and it opens right up. As a backup, the safe has a fingerprint scanner that can be programmed with multiple fingerprints for multiple users.

The Gun Box can also be set to require both a correct RFID tag and correct fingerprint in combination in order to open.

Uncommon for safes, even small ones, the Gun Box is constructed from cast aircraft aluminum. While most quick-access safes are constructed out of steel, it’s usually soft, thin steel — these are security systems, not vaults.

And by using aluminum the Gun Box has a look that doesn’t scream gun safe at all, and may even provide a little extra security through obscurity. It looks more like a cell phone dock. 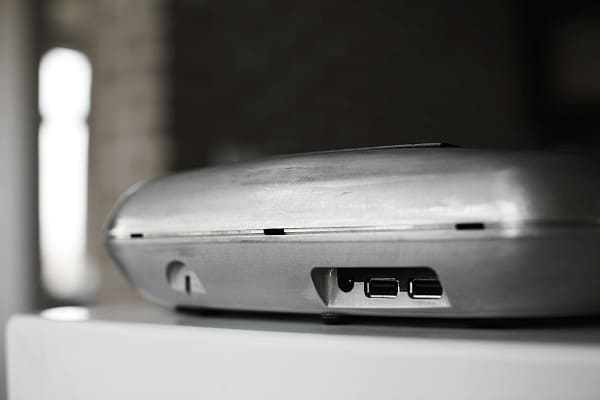 The similarity is deeper than appearances. The Gun Box sports two USB charging ports and can be used to recharge a cell phone and power a second electronic device, like a set of Bluetooth speakers or another phone.

The Gun Box has one additional layer of security: a Kensington lock mount. Small, these locks are usually found on laptops but prevent anyone from carrying off the whole unit easily. And if the whole unit is stolen, the GPS system will kick in and instantly activate the cell phone-linked tracking system.

Ready to buy one? Well, there is a catch. They don’t exist yet. That’s why Hyde is starting the Gun Box project on Indiegogo, the crowdfunding website. 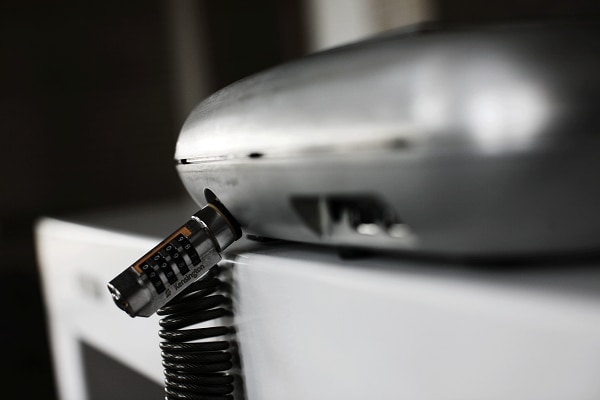 “Our team has produced multiple products over the past 15 years” explains the Gun Box project page. For this product we have done our homework by having ongoing vendor audits and personal factory visits at vendor locations spread throughout the world.

“We understand the risks and the obstacles that will inevitably come with product manufacturing and delivery and we know that we are up to the task. The Gun Box is a high quality product and any of the perks purchased will be delivered on time.”

The team is planning to develop three different versions of Gun Boxes. The first and least expensive is the Gun Box RF, a RFID-only system that doesn’t incorporate a fingerprint scanner into the design. It is priced at $180.

The second model is the Gun Box Biometric, which includes both the RFID scanner as well as the fingerprint reader. It is also priced pretty low at $225.

The final models is the Gun Box Premier, that’s the version that comes with all of the above plus the GPS tracking and alert service. The service will contact you even if someone attempts to access the Gun Box without permission, in addition to tracking the unit if it is moved.

These prices are Indiegogo-limited. If the Gun Box goes into full production the units will retail for $240, $300 and $420, respectively. Additional years of monitoring service will run $75.

If you like the idea of having a Gun Box, you can pledge money towards the project. They also have some lesser “perks” if you don’t want to buy a safe but want to help the project, like T-shirts and RFID stickers.

This really is a good design. So good that we’d be surprised if other gun safe manufacturers don’t incorporate some (or all) of these features.