Windows shattered and buildings shook as a great fireball burst from the factory, casting a background reminiscent of an elaborate array of fireworks. Columns of thick smoke rose into the sky, choking out the sun as the flames roared on. 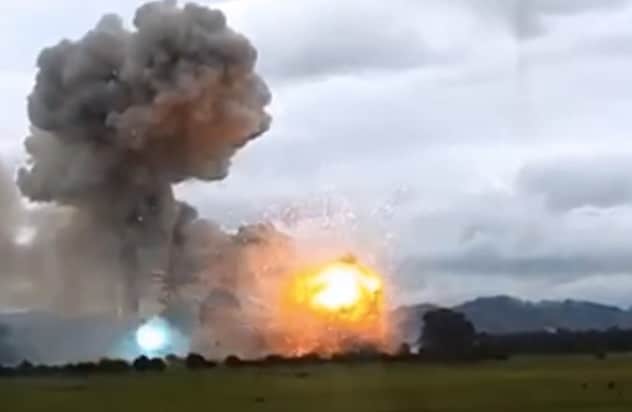 The devastating explosions from a gunpowder factory wracked the city of Tenjo, Colombia with violent shockwaves.

Those brave enough to film quickly scattered as the ear-splitting blast rippled through the air, damaging structures within a half-mile radius and being heard from over 20 miles away.

Though firefighters were unable to battle the flames that erupted inside the factory due to the threat of explosion, nearby buildings were evacuated, greatly reducing the amount of injuries.

Rivera, a resident of Tenjo, said, “There were two explosions. The first was mild but the second was much harder. They were great pillars of fire.”