A Brazilian police officer was arrested after forcing citizens to disrobe, drink water from the streets, kiss each other’s feet, and more. 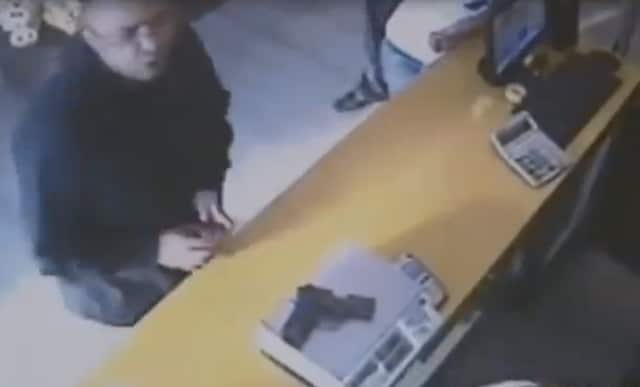 “Excuse me, how much does this weigh?” The crazy cop didn’t ask.

Talk about too much on-the-job stress. The 30-year-old plain-clothes police officer toted his .40-caliber pistol around, terrorizing people in the process. When he came across one man, he forced him to take his clothes off, drink dirty water from the streets, and eat garbage out of a nearby dumpster.

Having only just started his tirade, the odd officer raided a bakery, but not for sweets. Instead, he placed his pistol onto what appears to be a scale, before waving his hands around and setting his sight set on the employees’ feet.

Prodding the owner of the bakery, the officer made him kneel down and kiss each of his employees’ feet before ordering him to destroy bags of food from the warehouse.

Looking to end on a high note, the police officer wanted a man to commit suicide by touching exposed electrical cables, but the deranged cop was arrested before he could commit any further harm.