An 8-year-old elementary school student was suspended after he made a gun gesture with his hand while playing cops and robbers with fellow classmates. 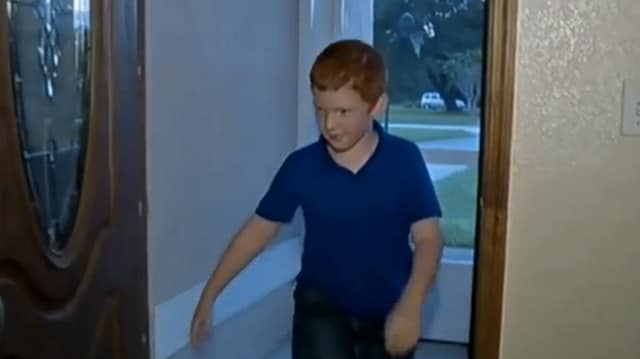 Jordan Bennett was suspended from school after teachers found him playing cops and robbers.

“There was nothing in his hand,” said the boy’s mother, Bonnie Bennett. “He used his thumb and index finger. It was a game. He made no threatening advances or threats to harm anyone. No words were said.”

But the Osceoala County School District had a different viewpoint.

A school representative said the matter is confidential and though they can’t comment on any of the specifics, they can say a careful review of the incident showed Jordan’s actions violated the code of student conduct.

The boy’s mother isn’t about to give up the fight. She hopes the principal will lift her son’s suspension, restoring his otherwise untarnished record.

“I’m prepared to go to court if I have to because this is wrong. It’s for my son and any other child if they’re faced with the same thing because of a game,” Bennett said.

According to Jordan, the other child involved in the game was sent home after the incident.