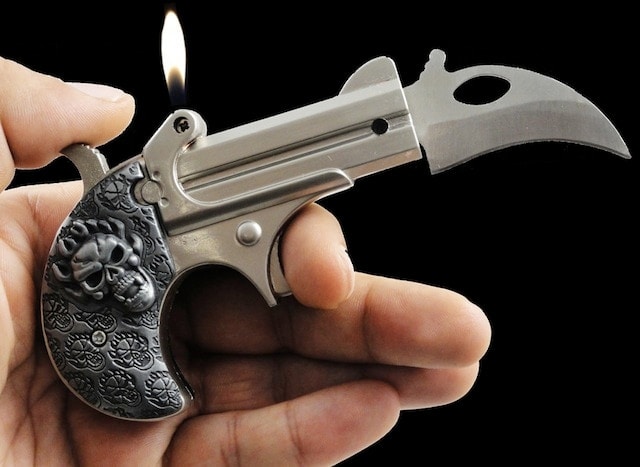 A new bill has been passed in New York banning all novelty lighters.

Gov. Andrew Cuomo signed a bill that prohibits the sale of novelty lighters shaped as guns at convenience stores, hardware stores, and other New York retailers.

In an attempt to keep lighters away from children, all novelty lighters will be banned, including ones that look like cars, toys, fire extinguishers, whistles, buzzers and more.

Assemblyman Jeffrey Dinowitz, who sponsored the bill, wants to minimize fire hazards and said he believes this bill will help towards that end.

“These are the types of bills that don’t make headlines, but they are the types of things that can prevent a terrible tragedy from happening,” the Bronx Democrat said in an interview Monday. “Little kids are drawn to these novelty lighters not because they are lighters, but because they look like guns, or cars or even fishing poles … there’s no reason for them to exist.”

In an annual event that highlights dangerous products and toys last December, the New York Public Interest Research Group and several firefighter organizations spoke out for the necessity of the bill.

Gov. Cuomo signed off on the bill, which is aimed to keep lighters out of the hands of children.

All retailers in New York will have 90-days to stop selling the impulse items. Manufacturers or importers of the devices, which are often made overseas, will face civil penalties of up to $10,000, and retailers can face a $500 civil penalty for each lighter.

New York isn’t the first state to ban novelty lighters. They join a list of at least 14 states that also stand by the bill, including Massachusetts, New Jersey, Illinois, as well as the European Union.