After all, slingshots, properly implemented, are great for taking down the undead. Just one precise, silent tap to the head. Beat the horde one zombie at a time.

Make no mistake, while it’s going to be a limited-budget affair, Sprave has no intentions of making a campy comedy film. He’s a huge fan of zombie fiction and wants to make a serious survival horror film featuring the undead, and of course, his many slingshot-based weapons. The title: “Zombie Wars.” 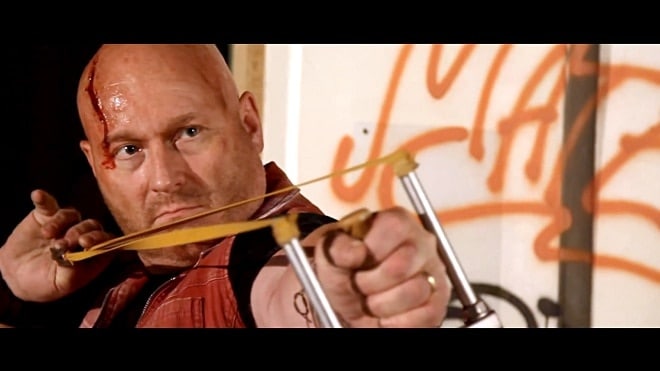 In order to keep full control of the project, Sprave is looking to crowd-source the film’s budget. By circumventing producers and sponsors, the team can make the film that they want to make, and not have to adapt their project to appease outside influences.

“This won’t be trash, and it won’t be a parody either — we are talking real zombie action, Romero-style, with great make-up work and professionally done special effects,” explains Sprave’s Indiegogo fundraiser page. “A world class horror movie.

“Filmed with state-of-the-art cinematic 4k HD cameras and crafted by professional film crew; amazing actors, most of them German, [with the movie] to be filmed in English … in order to match the international audience of the Slingshot Channel.”

Doubtful that they can make an awesome, realistic, independent movie? Check this out.

Just a taste of what they’re bringing to the table. (Really, don’t worry, that was fake.)

Sprave and his team have already scouted out locations and have put together a trailer for the movie with director Rick L. Winters. 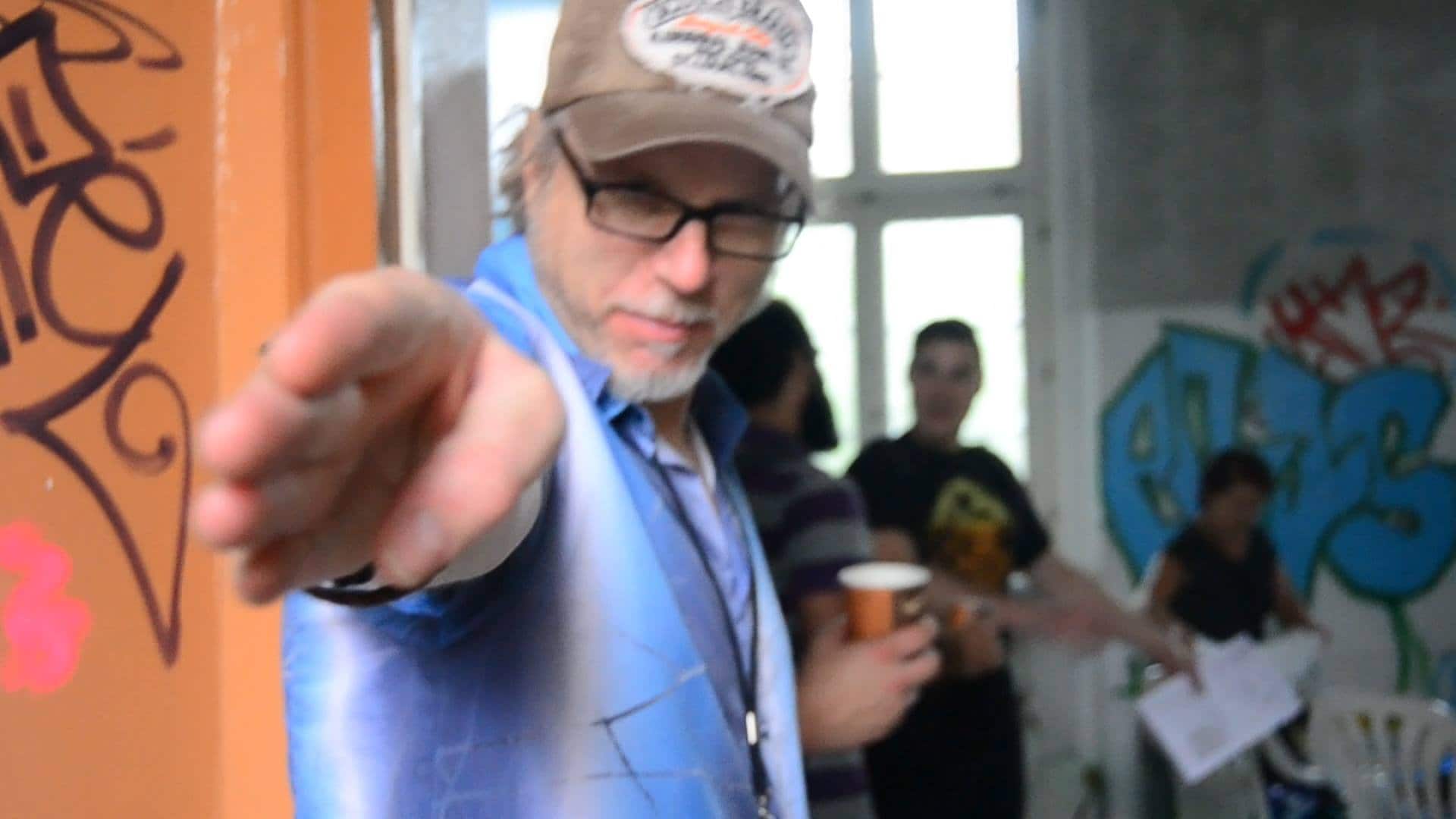 “Making a Zombie movie that is world class and not trash isn’t cheap,” it continues. “But due to our experience team and connections, we have managed to keep the budget low enough to make it feasible!

“We are looking for $190,000 as the total, and we’d love to raise all of that money here. This would allow us to stay 100% independent, without product placements and without investors breathing down our necks. However, even if we can’t get all of that money here, the movie will still happen — we’d just have to let in conventional investors.”

If you like zombies, and you like the Slingshot Channel, there’s no reason not to pitch in a little. Frankly, if you’ve followed Sprave anything like we have you’ve already watched hours and hours of his hijinks, and this is a great way to say thank-you. 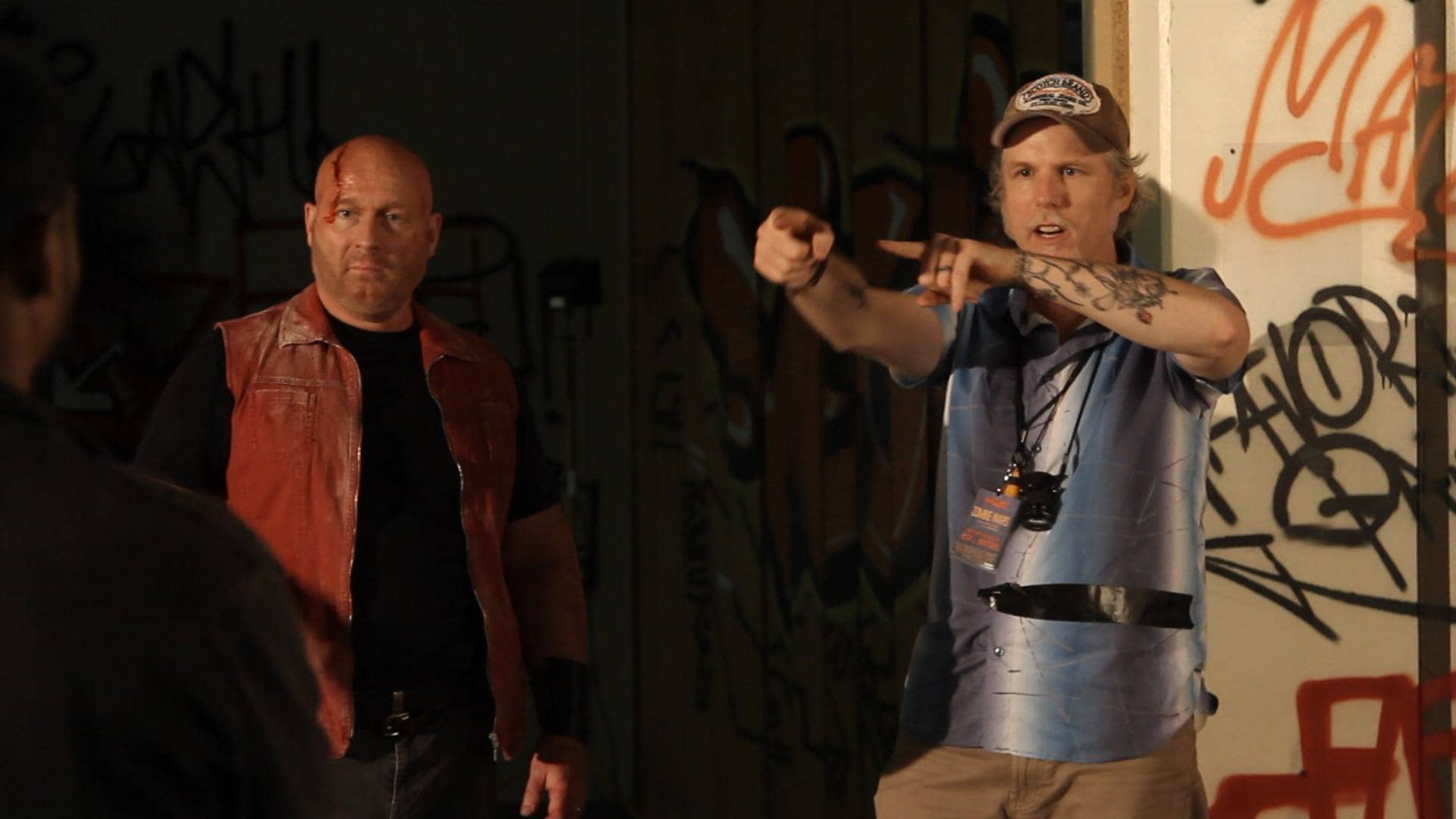 The director’s cut will only ever be available to people who pledge to the project. It will be an extremely limited-edition.

The bonuses only go up from there, and include autographed copies of the media, posters signed by the cast and crew, producer credits and of course, slingshots.

Anyone who donates $10,000 gets an executive producer credit and will be flown out to the movie premier to shmoose with Sprave and the rest of the cast and crew as a VIP guest. On top of that, people who donate this amount will get the directors cut on DVD and Blu-Ray, a signed replica slingshot from the film, an autographed movie poster and everything else listed above, plus, a custom slingshot made for you by Sprave himself.

And while you’re at it, head over to their Facebook page for updates and announcements.