Store owner arrested, charged with murder for the shooting death of a man stealing beer (VIDEO) 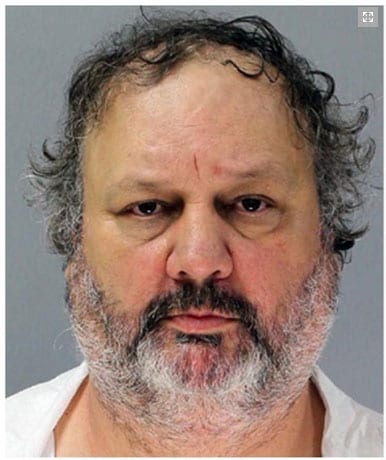 A convenience store owner in Corpus Christi, Texas was arrested and charged with murder after he shot and killed a man who came into his store and attempted to steal beer, reports a CBS affiliate.

Apparently a 39-year-old man, who police say is a known gang member but has not been publically identified, walked into the store Sunday night, grabbed two six-packs of beer and attempted to push his way out of the store without paying.

However, the store owner, Rodney Duve, 52, shot the suspect in the head before he made it out of the door. He was taken to a local hospital where he died a short time later.

It is unknown if the suspect was armed.

When police arrived they arrested Duve, who was charged with murder and being held in the Nueces County jail on a $35,000 bond.

Opinions are split on whether or not Duve was justified in using deadly force. One man, who lives across the street from Duve’s store, told reporters, “I don’t think it was a reason to take a life for two cases of beer when the person was almost outside.” He also noted that the neighborhood is generally safe, but not so much so after dark.

A friend of Duve, who does not wish to be identified, said that he probably would have done the same thing and believes that Duve, who he also notes is a hard worker and a good man, was justified in his actions.

Texas Penal Code 9.42 states that the use of deadly force for protection of property is justifiable under the following conditions:

However, District Attorney Mark Skurka said that the law gets a bit tricky when it comes to using deadly force to protect one’s property, adding that there are many factors to consider.

The Corpus Christi Police Department did not offer any additional information surrounding Duve’s arrest or the attempted theft, only stating that the details of what transpired inside the store are still under investigation.

Duve has already appeared before a judge this week and ultimately the grand jury will decide if Duve’s case will go to trial.