Western gunslinger Wild Bill Hickok’s pistol to be auctioned for up to $500,000 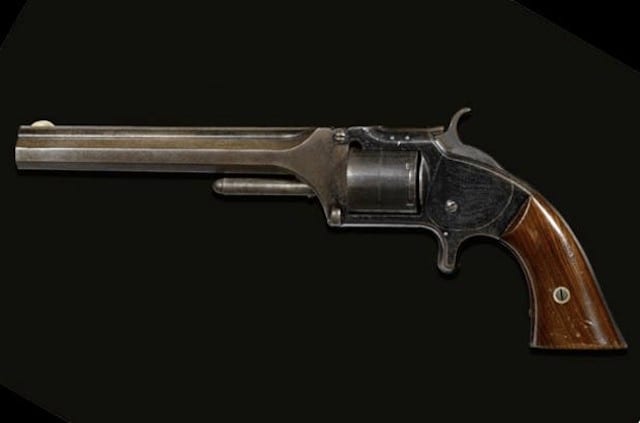 The supposed pistol, a Smith & Wesson No.2, carried by Wild Bill Hickok.

The gun allegedly carried by Will Bill Hickok when he died on August 2, 1876, is expected to fetch up to $500,000 at an upcoming auction.

On November 18, the Bonhams Auctioneers will sell the Smith & Wesson No.2 pistol Hickok may have been carrying when he was murdered at a poker table in Deadwood, South Dakota.

The pistol, with serial #29963, is currently owned by Eric Hoppe, a radio equipment supplier in Chicago, Illinois. Hoppe has worked diligently for the last 15-years, compiling names, timelines, and sources supporting the claim that his family’s gun didn’t just belong to Hickok, but was on his person when he was fatally shot by Jack McCall. 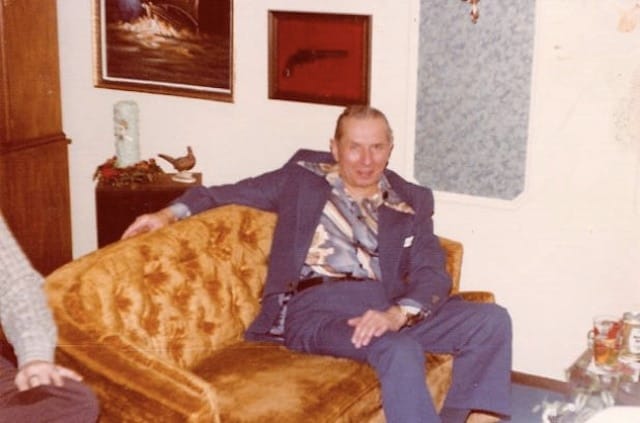 Hoppe worked for 15-years to compile information about the pistol.

Hoppe believes the gun, along with Hickok’s other personal effects, was seized before his burial. Some time later, store owner (or possibly worker) Captain Emil Willoth approached Sheriff Seth Bullock about the late Hickok’s outstanding debt. Bullock agreed to give up Hickok’s Smith & Wesson No.2 pistol as payment. Willoth then passed the gun to his son, Emil Willoth Jr. and his wife, Hazel (Fishel) Willoth, who later passed it to their daughter, JoAnn.

But this isn’t the first time somebody has claimed to own Hickok’s personal pistol. In 1961, a Canadian woman said her Model No.2, with serial #30619, belong to Wild Bill. Her claim was briefly accepted, but after she was unable to furnish any documentation or authenticate her story, she was quickly discredited.

More recently, in Anaheim, California in 2006, a Colt pistol said to have been with Hickok when he died was auctioned along with other personal effects for $225,000.

“The documentation for Hoppe’s gun is really some of the best support I’ve ever seen for a firearm this famous, and the players were all reputable, known figures. This isn’t like the gun was passed around between people with questionable backgrounds,” Carella said.

View of the Smith & Wesson No.2 walnut grips, cylinder and profile.

So it appears that even though the gunslinger’s rough and rowdy past eventually caught up with him, Hickok left behind not only a legacy, but also a physical piece of history.