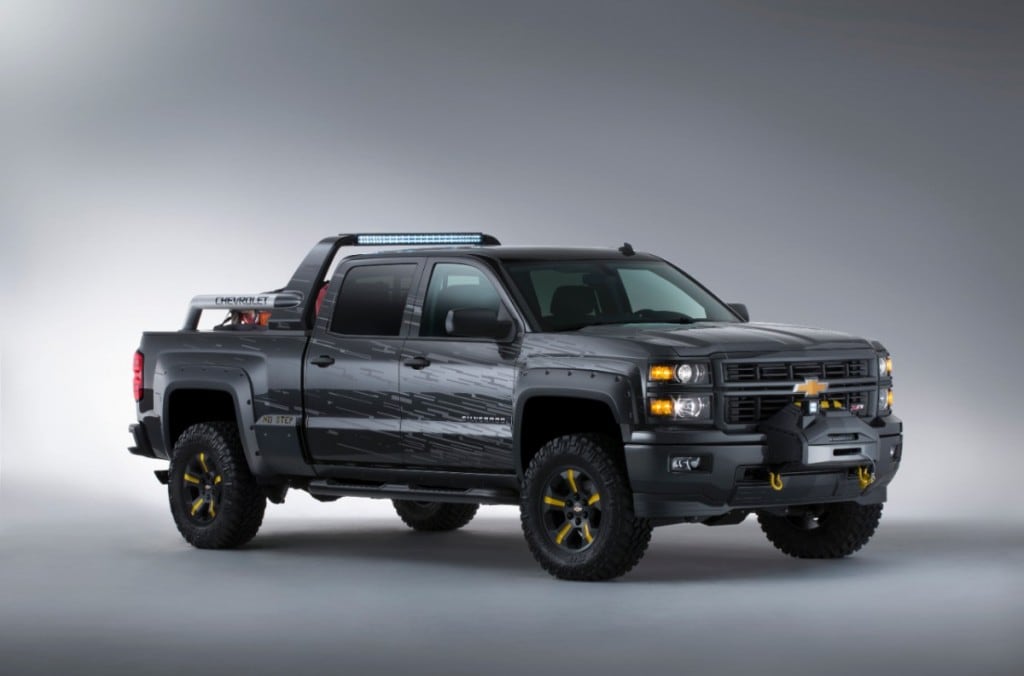 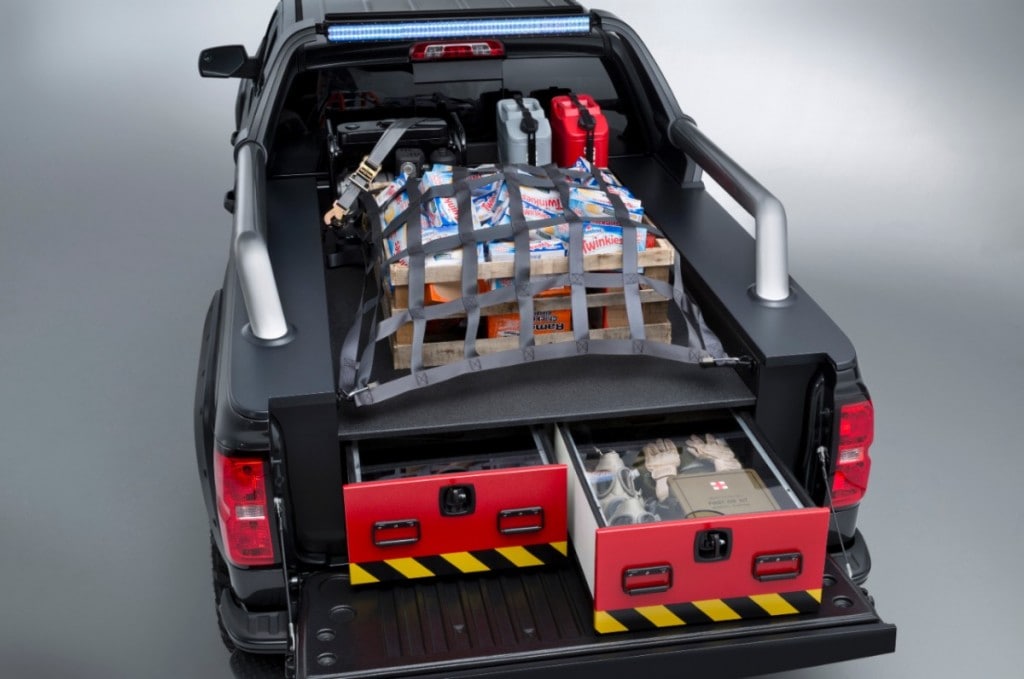 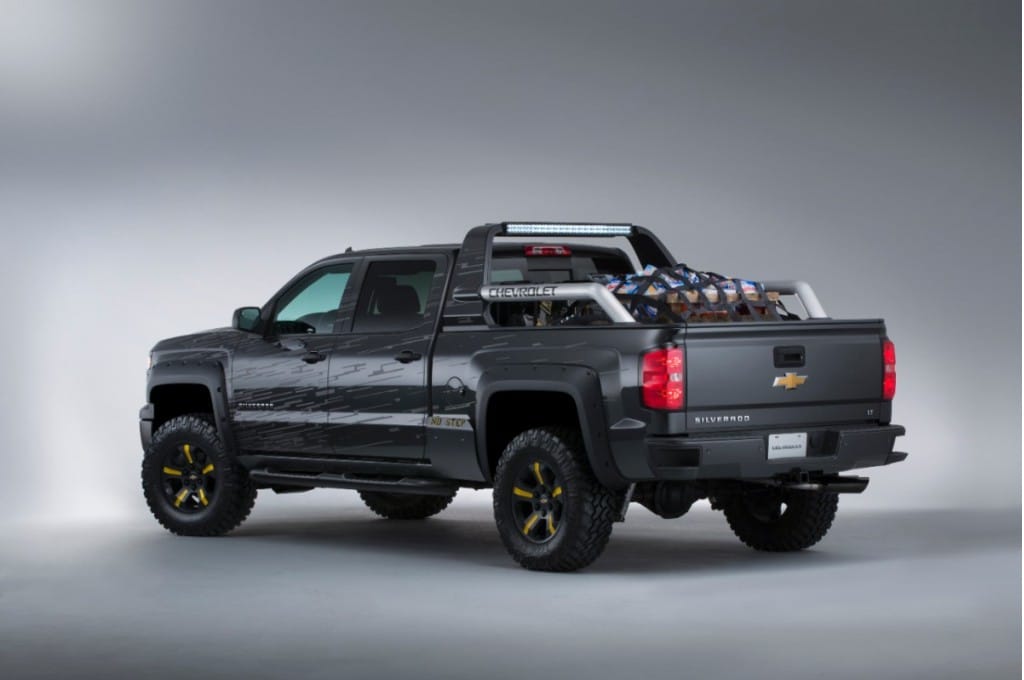 “At the State Fair of Texas, Chevrolet today unveiled a Silverado-based concept that it says will “explore the extremes of preparedness.’

“‘Luck favors the prepared and the Silverado Black Ops concept is a survival kit on four wheels,’ Chevy design manager Dave Ross said in a statement.

“The Silverado Black Ops concept looks like it’s prepared for the zombie apocalypse.

“The Black Ops features a raised suspension and body armor to help it traverse the post-apocalyptic wasteland, and winch in case the wasteland gets the better of the truck.

“Even the undead might be frightened by its sinister-looking paint scheme.

“In the bed is a (presumably) zombie-proof Truck Vault storage unit, containing a solar power pack, gas masks, gloves, a military first aid kit, a folding shovel, and rope. Mounted atop the storage locker are a generator, fuel can, and food and water rations.”

It still needs a gun rack. And maybe a gun mount.

Oh, hell, it needs a Ma Deuce on top, then it’ll really be ready for the zompoc.