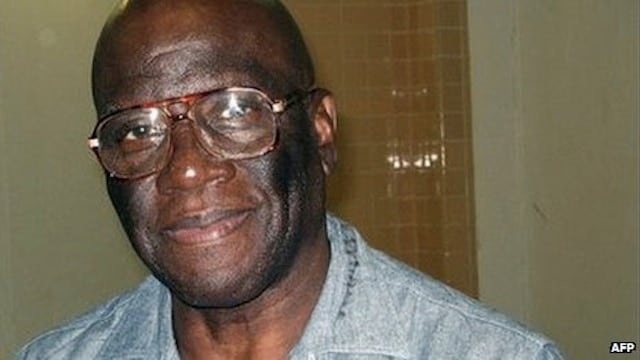 After 41-years of solitary confinement, Herman Wallace has been ordered released by Judge Brian Jackson, who determined his murder conviction was unconstitutional.

After 41-years in solitary confinement, convicted armed robber and murderer, 71-year-old Herman Wallace, will be set free after Judge Brian Jackson ruled his 1974 conviction was unconstitutional.

Wallace, diagnosed with liver cancer with only weeks to live, is one of three men known as the Angola Three, a group convicted of murdering a prison guard in 1972. The group has maintained their innocence of Brent Miller ever since.

One of the Angola Three, Robert King, was released in 2001. Wallace and Albert Woodfox, however, remained incarcerated and confined to solitary isolation in the Louisiana State Penitentiary, permitted one hour per day for shower or exercise.

The three men, already imprisoned for armed robbery, have been the focus of a years-long international campaign, which continually argues the group was wrongly convicted of murder because of their close ties with the militant Black Panther Party.

The prison, the largest in the U.S., is nicknamed Angola after the plantation that once stood on its site, worked by slaves who were shipped over from Africa. 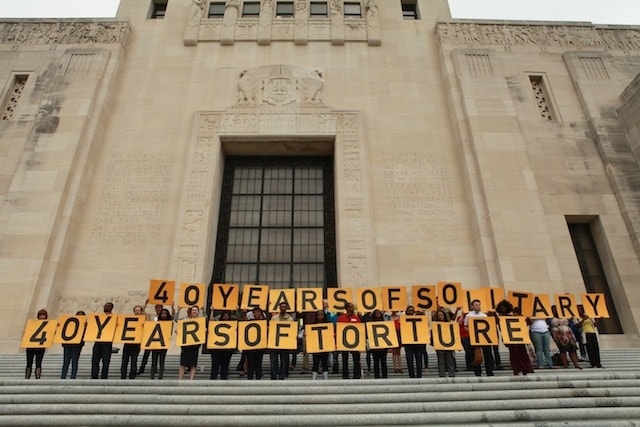 Many campaigners have protested Wallace’s conviction, arguing it was wrongful.

Judge Jackson ruled Wallace’s conviction was unconstitutional because women were banned from serving on his jury, a violation of Wallace’s right to a fair trial.

“The record in this case makes clear that Mr. Wallace’s grand jury was improperly chosen… and that the Louisiana courts, when presented with the opportunity to correct this error, failed to do so,” Jackson wrote in his decision.

Tessa Murphy of Amnesty International said, “The case of Herman Wallace is a tragic example of ‘justice’ gone wrong in the U.S.A.”

“Finally,” she continued. “A federal court has acknowledged some of the unfairness surrounding this case. However, this sadly comes too late for lasting benefit as he is at death’s door with terminal cancer.”