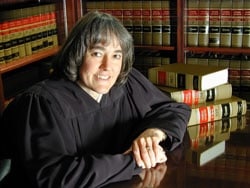 In a win for gun control advocates, a federal Judge on Tuesday refused to put a block on Maryland’s new comprehensive gun-control law, The Firearm Safety Act of 2013, which went into effect yesterday.

U.S. District Court Judge Catherine Blake ruled that the plaintiffs’s arguments did not warrant “the extraordinary relief” of a temporary restraining order.

The FSA expands the state’s ban on ‘assault weapons’ to include the AR-15 and 45 other semiautomatic rifles, limits magazine capacity to 10 rounds and requires mandatory fingerprinting and licensing for handgun purchases, as noted in previous Guns.com articles.

Gun rights advocates, those who filed the lawsuits on Thursday and Friday of last week, argued that the Second Amendment protects one’s right to own semiautomatic versions of military-grade rifles and magazines that hold more than 10 rounds.

Moreover, that the state will not be able to implement the new handgun restrictions fast enough to honor one’s right to bear arms.  Currently, the Maryland State Police is overwhelmed with firearms purchase applications, which are required when one buys “regulated firearms,” i.e. all handguns and modern sporting rifles.

Blake, however, said that the plaintiffs decision to wait until the last minute to file the lawsuit was an indication that the infringement wasn’t as severe as they claimed.

On Monday, in a memo filed in court, Maryland Attorney General Douglas F. Gansler made the same argument.

“Notwithstanding their keen awareness of, and vehement opposition to, this legislation even before it was enacted, the plaintiffs made a calculated decision to wait to bring their legal challenge until the eve of the law’s effective date,” wrote Gansler, who was arguing on behalf of the defendants, Democratic Gov. Martin O’Malley and the Maryland State Police.

Gansler said that the decision to wait was deliberate so that firearms dealers could capitalize off the looming ban.

“These claims of economic harm from the firearms dealers are particularly ironic given the significant surge in sales of the weapons and magazines at issue in the months leading up to the effective date,” said Gansler.

Plaintiffs in the lawsuit include: The Associated Gun Clubs of Baltimore Inc., Maryland Licensed Firearms Dealers Association, the Maryland State Rifle and Pistol Association, the National Shooting Sports Foundation, among others.

Though, Blake’s ruling only refers to the call for the temporary restraining order, not whether the new handgun restrictions and bans are constitutional.  This latter question will have to be decided, Blake admitted.

The National Rifle Association, which is not a plaintiff in the case but is lending support to the cause, was quick to point this out.

“This is not a ruling on the merits of the arguments. The fat lady hasn’t sung. She hasn’t taken the stage yet,” said Shannon Alford, Maryland liaison for the NRA.

Meanwhile, proponents of the new law were quick to call it a victory for the citizens of Maryland.

“This is a great day for public safety in Maryland,” said Vinny DeMarco, president of Marylanders to Prevent Gun Violence, told WBAL.

“Judge Blake continued to allow this law to be in effect, which is saving lives even as we speak.”