Well, it looks like even the Ku Klux Klan has been affected by the government shutdown. One of their rallies, planned for Saturday, October 5, at the Gettysburg National Military Park, has been canceled.

Officials granted the Maryland-based KKK group a special-use permit on September 26, but the event was canceled after park officials rescinded all permits for special events due to the shutdown. 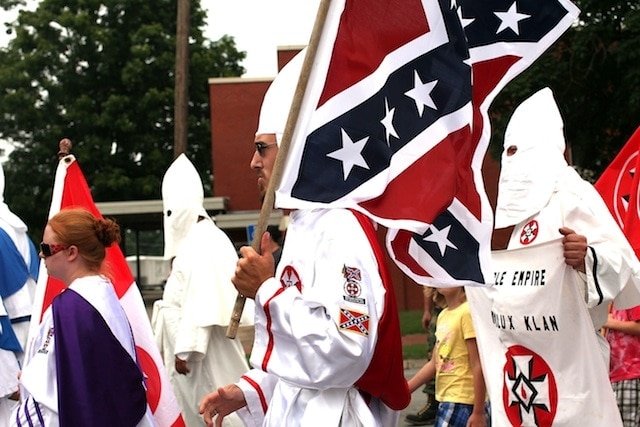 A KKK rally was cancelled after Gettysburg park closed due to the government shutdown.

“Tourists will find every one of America’s national parks and monuments, from Yosemite to the Smithsonian to the Statue of Liberty, immediately closed,” Obama said in a statement on Tuesday. “And of course the communities and small business that rely on these national treasures for their livelihoods will be out of customers and out of luck.”

While parks and monuments may be closed, at least one in Washington, D.C. is still being visited. World War II Honor Flight veterans stormed a memorial erected in their honor after traveling nearly a thousand miles, only to find it had been closed.