A Texas police officer was fired after shooting at a man who got out of his car during a traffic stop.

Justin Boehm, a 5-year veteran of the Austin Police Department, initiated a stop on 55-year-old James Barton after he ran a red light at the intersection of East 12th Street and Airport Boulevard at approximately 7:50 am on May 8. 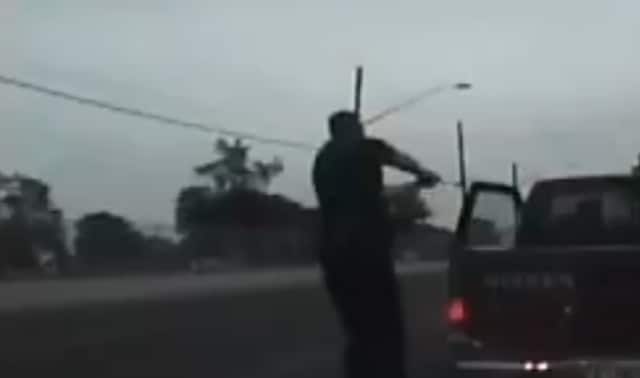 Officer Boehm fired at Barton after he exited his vehicle.

Seeing red and blue lights flashing behind him, Barton immediately complied and pulled over to the side of the road. Once parked, he exited his truck and approached Officer Boehm while reaching into his pocket for an unidentified object.

Boehm quickly began shouting for Barton to “stay in the car,” and moments later, the officer opened fire. He missed Barton, who dropped the object from his pocket – a wallet.

After jumping at the sound of the gunshot, and likely wondering if he had been hit, Barton returned to his truck, only to be ordered back out and onto the ground seconds later.

Boehm’s chain of command reached a unanimous decision that the officer’s use of deadly force against Barton was unreasonable, Chief Art Acevedo said Friday just hours after Boehm’s disciplinary hearing.

What was “really disturbing,” he said, was how Boehm acted after realizing Barton’s unidentified object was a wallet, not a gun.

“Officer Boehm does not possess the mental ability to successfully and effectively assess situations or circumstances and draw sound conclusions as required to safely carry out his duties,” Police Monitor Margo Frasier said. 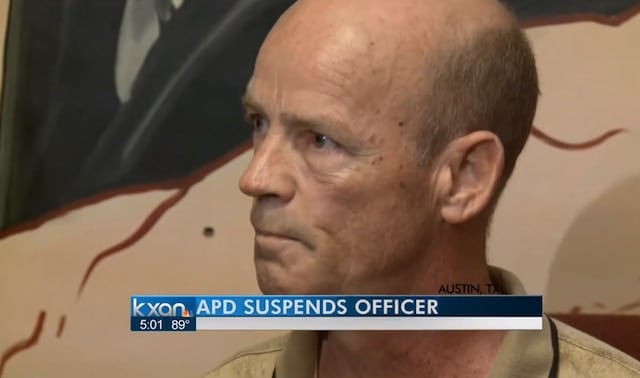 After the incident, Barton was rushed to the hospital to treat a panic attack. He plans to sue not only the officer, but the city of Austin as well.

Barton, who is suing Boehm and the city of Austin in federal court, completely agrees.

“Austin is probably safer, Barton said. “The man almost killed me, for what?”

Barton explained to reporters last month that he exited his vehicle because that’s how he was taught to do so in driver’s education, as a way of showing the officer he wasn’t dangerous.

Acevedo’s decision to fire Boehm came after the district attorney announced the grand jury had declined to indict him, but according to the chief, his officers are held to standards higher even than the law.

“Our department holds officer to standards that are higher than the law requires of them,” Acevedo said. “This is a burden that we all take because it’s a responsibility that we have to the community to ensure that when we use deadly force, it’s done so consistent with our training, consistent with our policies.”

Below is the full video of the traffic stop.