Toledo woman defends her property, holds suspect at gunpoint for the second time in months (VIDEO) 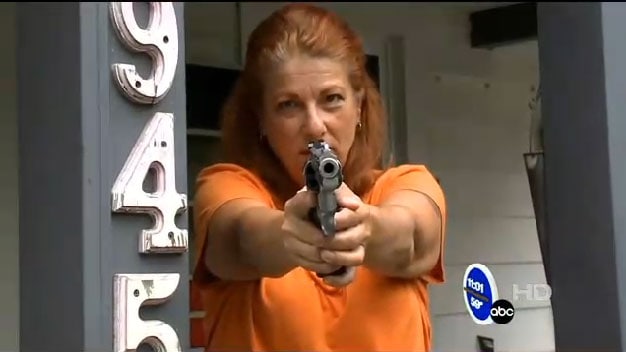 The last place any criminal wants to be is at the receiving end of a loaded .357 being held by a fiery redhead. (Photo credit: ABC)

In just four months, a Toledo woman has used a gun twice to defend herself and her property. This time around a man tried to steal a bike from her front porch Sunday morning, an ABC affiliate reported.

The homeowner, Betty Collins, first sensed something wasn’t right when she heard a rattling noise coming from her front porch. Another one of her bikes had been stolen just a week prior and the neighborhood had recently had many break-ins.

When she went to see what the noise was, she found 21-year-old Thomas Lee Johnson attempting to steal a bike that was chained to her porch.

Collins promptly told Johnson to leave, but instead of just walking away, he went around to the other side of the porch and tried to lift the bike off in a different manner. Johnson still had his hands on the bike when Collins’ boyfriend came out of the door.

And since Johnson didn’t heed Collins’ warning and just walk away, Collins then pulled out her .357 Magnum revolver for a little persuasion. But even after pulling out the very large handgun and ordering Johnson to get on his knees, he still hesitated. 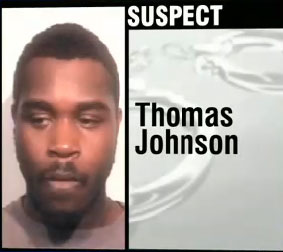 But Collins kept her cool and simply said, “I’m not joking, do you see how big this gun is? It’s fully loaded.” At that point, Johnson started to listen and dropped to his knees. “I said, ‘put your hands behind your head and get down flat,’” Collins told reporters. “He’s like, ‘I ain’t gonna.’ And I says, ‘yeah you are.’ So he did and he stayed there until the cops got there. He had no choice.”

Once officers arrived and detained Johnson, Collins then realized that her car had also been gone through. However, she admitted that she never leaves anything of value in the car anymore because it has been broken into so many times.

Collins said that her house has been targeted for theft many times in the past. In fact, Guns.com covered another story back in May when Collins found another man trying to break into her home. Again, that time she held the suspect “5 inches from death” with her .357 as she told him to “put his face in the dirt.”

Collins, who has a master’s degree in criminal justice and is currently working on her PhD, said then, “I’m not moving. This is my home. I will continue to protect my home. That’s what the Second Amendment is for.”

Following the Sunday morning incident, Johnson, who has a previous burglary charge, was arrested and charged with criminal trespassing, disorderly conduct and petty theft.

And as for Collins, she says, “Be armed, be safe.”